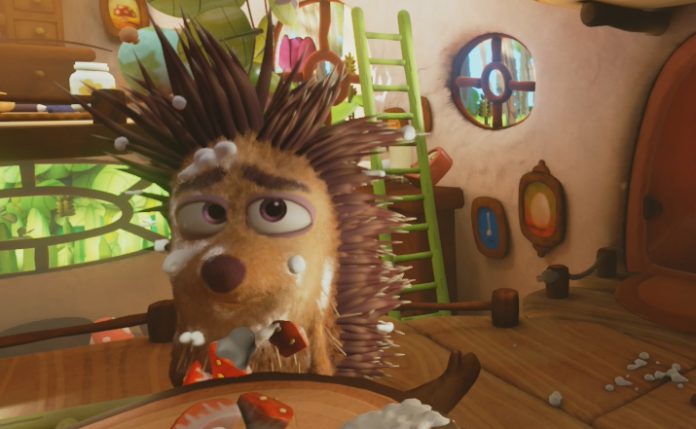 It appears that some filmmakers are going to the 2016 Game Developers Conference (GDC) and Virtual Reality Developers Conference (VRDC) in March. As the names suggest, the events are primarily designed for those working on videogame content, with speakers offering a range of sessions aimed at helping others improve on work in specific areas. That isn’t stopping Oculus VR’s film division, Oculus Story Studio, from coming to VRDC, though. The group has two sessions from both internal members and collaborators, detailing its work over the past year and beyond.

First up, Technology Director Maxwell Plank will be hosting a talk named ‘Making Compelling and Immersive Story at 90 FPS‘. Though Oculus Story Studio itself isn’t a videogame developer, the talk will be aimed at this audience, offering advice on creating storytelling in VR. It will look back at both of the team’s projects seen thus far: Henry and Lost. “Story developers and producers who are interested in how the creative constraints of VR storytelling affect their craft will also find it useful,” an official description reads.

Next is Thomas Bible, the Audio Director of Thomas Bible Audio, who worked on Henry specifically as the audio lead. In his session, titled ‘Hedgehog Noises in VR – Audio for Oculus Story Studio’s ‘Henry‘‘ Bible will go in-depth on the processes used to make audio to the short film, in which viewers follow a lonely hedgehog on his birthday.

GDC and VRDC will be taking place from 14th – 18th March 2016. VRFocus will be at the event to provide the latest coverage.