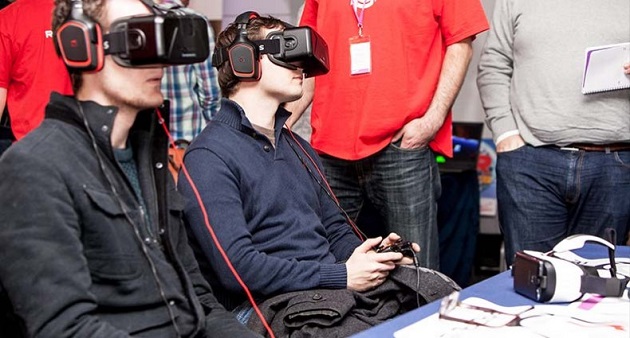 With 2015 drawing to a close the virtual reality (VR) industry is firmly looking towards next year and the expectation it brings. There’re a number of events taking place focusing on VR and the VR World Congress (VRWC) in Bristol, UK is one of them. VRFocus reported that the event had opened submissions for speakers last month, alongside it initial line-up, and now the newest addition has been revealed.

That speaker is Paul Deane, he’s the Digital Development Lead for BBC’s Natural History Unit. Deane will be talking at VRWC on – Being “There”: 360 degree filming and natural history. He has become one of the leading experts on using modern media to engage a widely ranged audience, with specialist knowledge of 360 degree filmmaking and its application to natural history and wildlife content. He’ll be discussing his hands-on experience filming with Google Jump and Jaunt VR rigs in-depth as part of the session.

Opposable VR which run VRWC will consider all submissions, although the following topics are of particular interest: VR in gaming, Social VR, Networking and conferencing in VR, VR in architecture, VR in engineering, VR filmmaking, The crossover between VFX and VR, VR and data visualisation, VR in education and VR in medicine.

The VRWC is set to take place on 12th April 2016, with early bird tickets available until the end of December. Further information can be found at the event website. VRFocus will continue to keep you updated on the list of speakers and companies attending the VR World Congress as they’re announced.