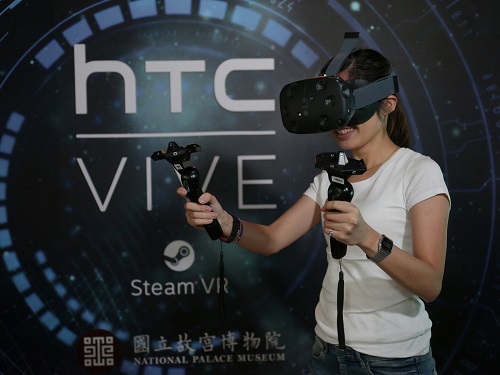 Everyone thought they had Valve figured out. While the Half-Life developer has demonstrated some incredibly impressive virtual reality (VR) technology in the past, it was largely assumed that the company was now in full support of Oculus VR and the Oculus Rift head-mounted display (HMD). Put simply, we thought we’d seen the last of Valve’s VR hardware.

How wrong we were.

In the weeks leading up to the 2015 Game Developers Conference (GDC) at the beginning of March, the company revealed that it would be showcasing SteamVR hardware. Everyone assumed that this meant the Steam creator would be launching its very own HMD to go head-to-head with the Oculus Rift, but this was only half of the story.

Running at the same time as GDC in San Francisco was the Mobile World Congress (MWC) event in Barcelona. VR fans knew this well, as they were expecting an update from Samsung on the Gear VR mobile-based HMD at the show. There was very little anticipation, however, for Taiwanese smartphone maker HTC’s own press conference, at least within the VR community. Hours before the show got underway on 1st March, rumours popped up that it would be revealing its own VR solution. It was easy to see this being yet another mobile-based device to try and rival Gear VR and, sure enough, a VR reveal did come at the end of the conference. What happened next came as a complete surprise to everyone, however.

HTC’s HMD was not smartphone based, but instead was a new challenger to the Oculus Rift on PC. Not only that, but the company had partnered with Valve itself to create the kit, named the HTC Vive.

The mere mention of Valve quickly made this the biggest VR story of a packed week, bolstered by some significant breakthroughs that the company had achieved. The HTC Vive used systems that Valve had come up with to offer Room Scale user tracking. For the first time in a consumer HMD, players could walk around an area in the real world – limited to 15 feet by 15 feet – and have those movements replicated in-game. It also boasted two position-tracked controllers. 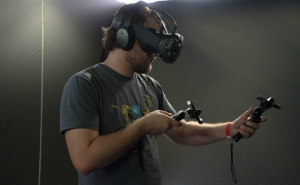 The fact that it had been kept such a strict secret was made all the more surprising by the reveal of a list of indie developers that were already working on the kit. Bossa Studios had been developing a demo of its ever-popular Surgeon Simulator franchise that utilised the new tech, while others such as Owlchemy Labs had entirely new videogames to reveal like Job Simulator.

And the hits just kept on coming: the HTC Vive was promised for this year. That’s ultimately a bit of a sour point, as we’re still four months away from its real launch date at the end of 2015, but it was a vital factor at the time that helped propel the HMD to the status of a serious contender to the Oculus Rift, especially as it was becoming more and more clear that Oculus VR’s device wouldn’t be making 2015, either.

It was a great start for the HMD; the week that followed was filled with nothing but praise from press and developers that got to sample the tech. Valve’s own demo that incorporated its popular Portal universe was particularly well received. Room Scale tracking wasn’t an empty promise, it would seem, and HTC and Valve would continue to show that with extensive touring t major events throughout the year.

In the weeks and months following GDC, the HTC Vive started to grow. Developers were given their first chance to go hands-on with the kit at a number of events and development jams around the world before applications for development kits opened up in early summer. These kits were distributed for free to those that were working on projects, and began to finally arrive on studio doorsteps a month or so later. 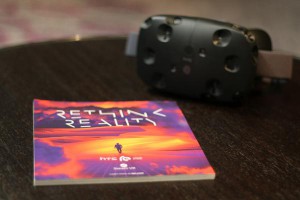 With developers now able to get their hands on a kit, attention turned to that promised consumer release. HTC initially stated that they would have news to share regarding the release in October. Fans were hoping to a reveal of an updated kit along with a price and release date. But October came and went without any such information, with HTC instead noting it now planned for a limited launch this year before a wider release in Q1 2016, the same timeframe as the Oculus Rift.

The limited launch, then, was expected in December, with the company agonisingly silent on information in the weeks leading up to it. That silence continued until just two weeks ago when HTC finally came clean; the Vive was delayed. Fans could now expect a release in April 2016, with pre-orders going live in February. Disappointment has been tempered, however; the delay is apparently the result of a ‘very, very big breakthrough’ that the company will reveal at the 2016 Consumer Electronics Show (CES) in January. Supposedly leaked images of the next device also suggest that major news is coming.