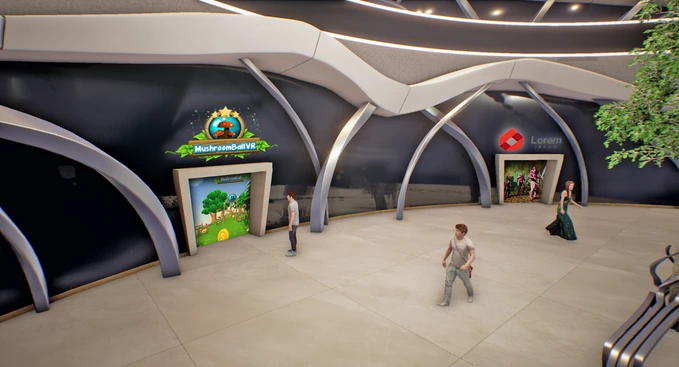 Back in August 2015 VRFocus reported that a new virtual reality (VR) application named Scienverse would soon be launching a Kickstarter crowd-funding campaign. The experience, which offers a VR world that serves as a sort of social portal to other third-party apps and experiences, would be looking to raise €100,000 EUR in order to become a reality. That campaign has now launched, revealing that the developers behind the project have until 23rd November 2015 to raise the necessary funds for production.

Scienverse is intended to arrive on a broad range of head-mounted displays (HMDs) from major kits such as the Oculus Rift, HTC Vive and PlayStation VR to mobile devices like Gear VR and Google Cardboard. The service takes the form of a city environment which users can explore, entering portals to start up other types of videogames and experiences. Of course users will be able to get together online and experience some of these applications together with they own customizable avatars representing them.

Arguably the software’s most unique aspect is its open source nature, allowing developers to release their own apps onto the platform. These experiences could be free although creators will also be able to charge for them. Those interested in Scienverse can currently pledge €49 to secure Beta access to the experience, which is estimated to be delivered in September 2016

VRFocus will continue to follow Scienverse closely, reporting back with the latest updates on its progress.