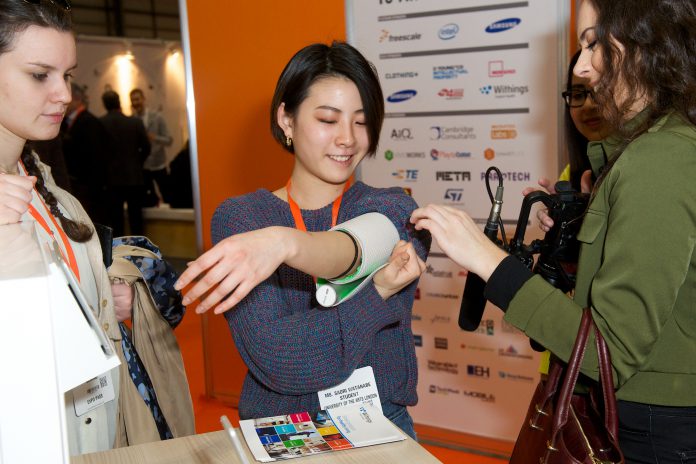 Virtual reality (VR) and augmented reality (AR) may offer very different types of experiences at this point in time, but in the eyes of the tech industry as a whole both are exciting prospects that can co-exist as they continue to improve. To that end, both VR and AR will be seeing a huge push in March at The Wearable Technology Show 2016, located at the Excel Exhibition Centre in London, UK. The event, taking place from 15th – 16th March, will gather tech figureheads to talk about head-mounted displays (HMDs) and compatible experiences.

Joakim Elvander, Developer Advocate for Sony Mobile, will be hosting a keynote talk at the event’s first day. For VR fans, vTime and CyberCook developer Starship will also be speaking at the show as will Blippar, Engine Creative, Vuzix, Atheer Labs, Leufhansa and Epson. There will also be a closing keynote from Denis Hurley, Pearson’s Head of Future Technologies. The second day’s opening keynote will be hosted by Daqri’s co-founder, Gaia Dempsey. In terms of the show floor, The Economist will be bringing a VR experience in which viewers will explore the Moseul Museum, recreated after IS raided it in 2014.

“They say 2016 is THE year for virtual reality (VR), and there’s no doubting it’s an exciting time given how many headsets are on the cusp of launching and bringing this amazing new technology to market after what seems like an eternity in development,” said Event Director, John Weir. “But let’s not forget augmented reality (AR). It may be the big brother in this relationship, but its maturity has its upsides, which can be seen in the fantastic, innovative content launching at the show.

“With two days of challenging and practical conference sessions, plus some inspirational product launches on the show floor, the Wearable Technology Show is a must-attend event for everyone involved or interested in the worlds of AR and VR.”

More information about attending The Wearable Technology Show 2016 can be found at an official website. For the latest on all VR events, keep reading VRFocus.