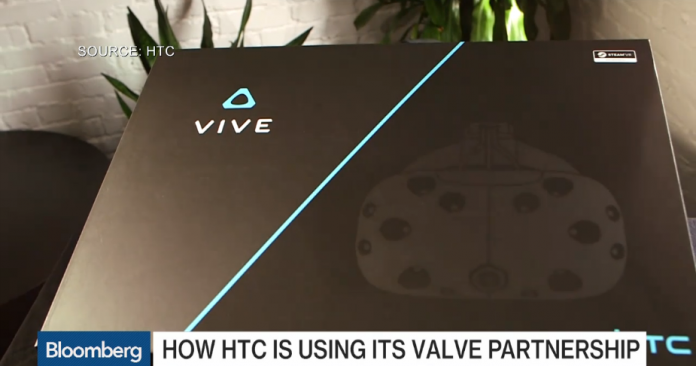 With an Xbox One controller, tracking sensor, remote and more in tow, the Oculus Rift virtual reality (VR) head-mounted display (HMD) is set to arrive in an elaborate carry case that safely houses all of that equipment. You would imagine, then, that the HTC Vive HMD will also arrive in some sleek packaging, given that it’s got even more to fit into the box and keep nestled away until it reaches its destination. This week, the first images of that retail packaging have arrived, and can be seen below.

The packaging was spotted by a Reddit user from a video on Bloomberg. The dark box has a picture of the HMD itself on the front along with the Vive, HTC, and Steam VR logos. Inside are three separate compartments: one for the HMD, another for the two position-tracked controllers, and a final area for the Lighthouse base units for actually tracking users. Of course, you can expect a plethora of wires to also be included under these items so that you can actually connect your HTC Vive to a computer and power it.

The HTC Vive will be launching two weeks from today on 5th April and also include three free titles in Tilt Brush, Job Simulator, and Fantastic Contraption. The kit costs $799 USD. Stay tuned to VRFocus for the latest on the device. 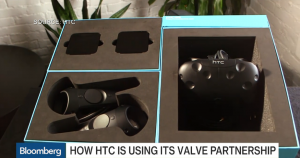