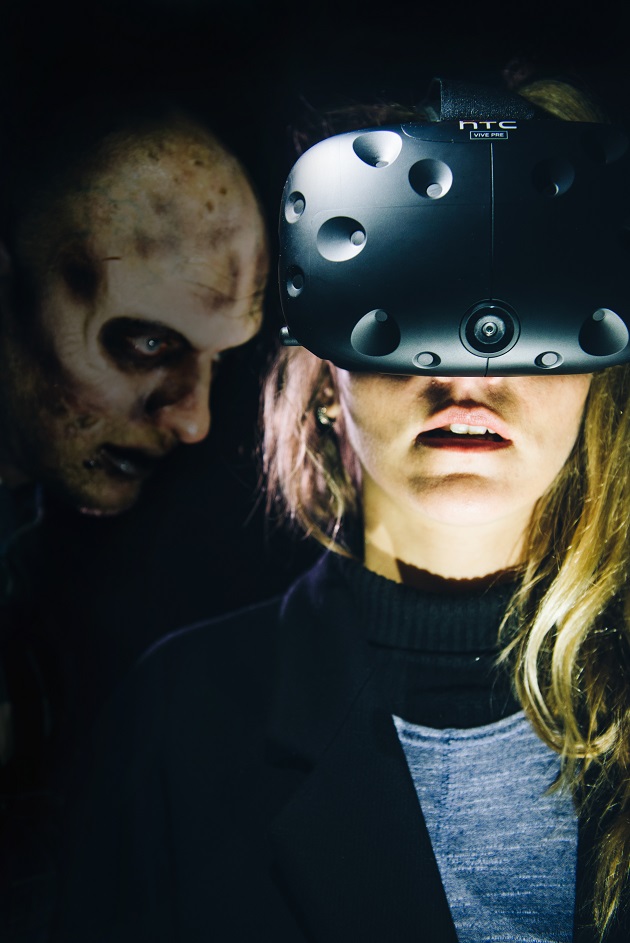 While virtual reality (VR) is a burgeoning industry that fans and the companies behind the tech are keen to promote, the biggest hurdle is getting the general public to try it, to understand it. Since the last summer HTC has been travelling the US and European events with its HTC Vive Live Tour giving people as many opportunities to try its head-mounted display (HMD). Now the company has announced a new experience using its headset and immersive theatre production called Virtually Dead.

Taking place in March in London, UK to coincide with the launch of the HTC Vive headset, Virtually Dead will feature a cast of 22 actors, with the production spanning over half a kilometre. Ticketholders will be guided through an interactive story before entering designated ‘VR Zones’ where the action heats up as visitors battle to save a small town from a plague of zombies.

The experience will make full use of the HTC Vive’s Room Scale positional tracking system ‘Lighthouse’ enabling guests to walk around and explore the virtual world. Virtually Dead will also include an opportunity to step into the upcoming zombie shooter Arizona Sunshine from developer Vertigo Games. A brand new level yet to be seen in Europe will be on demonstration.

Jon Goddard, Head of European VR Marketing at HTC said in a statement: “By combining our VR with immersive theatre, we aim to introduce new audiences to HTC Vive before our April launch. We have produced something that showcases VR in a whole new light and will attract people outside of the usual circles that would typically be interested in a VR event.”

Tickets go on sale today for £30.00 GBP each but quantities are limited. Groups of up to 10 can be accommodated, and the whole experience takes approximately one hour. The event will run between 19th March – 3rd, April 2016 and further details can be found here.

VRFocus will continue to follow all the latest news on HTC Vive as the launch approaches.