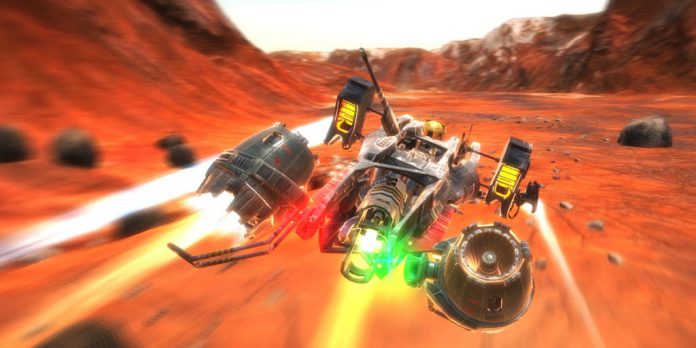 Earlier this week VRFocus reported on developer Red River Studios confirming its physics-based racer, Vector 36 would be supporting Sony Computer Entertainments (SCEs) PlayStation VR head-mounted display (HMD) for PlayStation 4. The PC version of the videogame is currently on Steam Early Access with full support for Oculus Rift, which will be followed by HTC Vive compatibility. The studio has also released a new update for the PC version.

The PC Early Access update includes some big improvements to the title, from visual athestics to gameplay and more. The full changelog of additions can be found below:

Being a physics-based racer, Vector 36 aims to challenge players by allowing them to create the skimmer that suits their own piloting styles. Design, modify, and build a vehicle from a variety of parts, accessories, and weapons. In VR players climb inside the cockpits of their vehicles to race rivals on Mars.

VRFocus will continue to bring you further updates to Vector 36 as Red River Studios announces them.