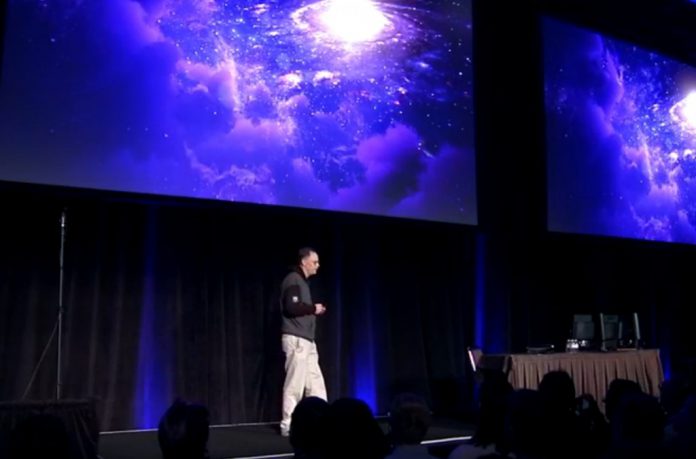 In terms of software, development engines and virtual reality (VR) yesterday was assuredly about CryEngine (in amongst a lot of talk about the PlayStation VR of course). Today at GDC 2016 the first session of note came from Unreal Engine creators Epic Games who opened things up with their overview on the ‘State of Unreal’.

Taking to the stage as main presenter, Epic Games’ founder Tim Sweeney introduced a number of topics covering both the gaming and video creative sides of what Epic Games and the Unreal Engine is being used for. When it came to the use of VR and developers of VR using the Unreal Engine, Sweeney name checked CCP Games’ EVE: Gunjack as one of particularly note before announcing a surprise. Revealing that Valve had donated a total of 500 HTC Vive units to Epic Games to distribute to (what Sweeney termed) ‘worthy’ Unreal developers. Sweeney then thanked Gabe Newell for the support shown by Valve.

The donation is especially important considering the shown use of HTC Vive with Epic’s VR Editor, which was also demonstrated again during the session. Oculus VR’s Brendan Iribe even paying respect to the impressive nature of the Editor in his appearance at the session. As for which developers Epic Games will find worthy and how that will be decided there is as yet no information,  however it is possible that some of the Vive systems could go to future recipients of Epic’s Unreal Dev Grants.

VRFocus will bring you more information from the Epic sessions throughout the day.