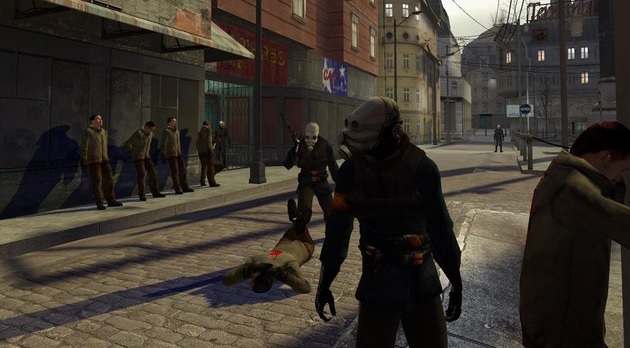 Ever since Valve revealed it was working on the SteamVR system along with the HTC Vive virtual reality (VR) head-mounted display (HMD) in partnership with the Taiwanese smartphone maker, fans have speculated on the possibility of the long-rumoured Half-Life 3 supporting the technology. Those rumours took a hit last month when the company’s Chet Faliszek suggested a possible sequel would not integrate the tech. Despite this, speculation has again picked up this week thanks to what appears to be an accident on Valve’s part.

Steam Database has picked up on what seems to be an accidentally published file on Dota 2 Reborn titled ‘hl3.txt’. It’s not hard to work out what ‘hl3′ might stand for. The team has now published the file over on GitHub and a quick scan finds several references to VR.

The two biggest giveaways are these lines of code:

The mention of ‘VR Chaperone’ steams to refer to one of the tools within SteamVR that contributes to the Room Scale use tracking, whereas ‘VR Movement’ could well be referring to that tracking as well. The HTC Vive uses a Lighthouse tracking system to follow player’s real world movements in an area of up to 15-feet by 15-feet.

This certainly adds more fuel to a fire that simply won’t die, then. The last entry in the Half-Life franchise was Half-Life 2: Episode Two, which itself ended on a cliffhanger that has left fans begging for more. Could Valve really be planning to release the title with VR support? VRFocus will continue to follow Valve’s work in VR closely, reporting back with any further updates from the company.