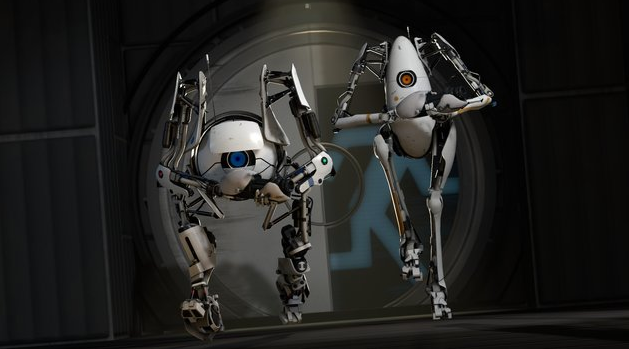 Since the introduction of the HTC Vive virtual reality (VR) head-mounted display (HMD) in early 2015, enthusiasts have been wondering if kit co-creator Valve would be making a new VR videogame for the hardware. This is, after all, the developer of acclaimed franchises such as Half-Life, Portal, and Left 4 Dead, all three of which people are eager to see new entries in. The company has used its Aperture Science setting from the Portal series for a tech demo for the kit before, and now it appears the company will revisit the universe once more for a new set of demos named The Lab.

The Lab will be on display at next week’s Game Developers Conference (GDC) in San Francisco, California from 14th – 18th March 2016. Very little information about the project has been revealed thus far, though a short press release does mention that it will be comprised of new VR experiments that are set in a ‘pocket universe’ of Aperture Science, the twisted company that was behind the portal gun seen in the first two entries in the series. Furthermore, the software will be released for free through Steam this spring.

It’s not clear if The Lab could be the project that was seemingly teased by HTC during the 2016 Consumer Electronics Show (CES) in January. A sizzle trailer for the HTC Vive featured one clip with a character that looked strikingly similar to series protagonist Chell using powers to blow up a wall. No comment about the footage has been made by neither HTC nor Valve since it was first revealed.

The HTC Vive itself is currently available to pre-order for $799 USD, and will be arriving on 5th April 2016 for the first people to get an order in. Stay tuned to VRFocus for the latest on the kit and The Lab.

The post Valve Announces ‘The Lab’ for Vive, Set in the Portal Universe appeared first on VRFocus.