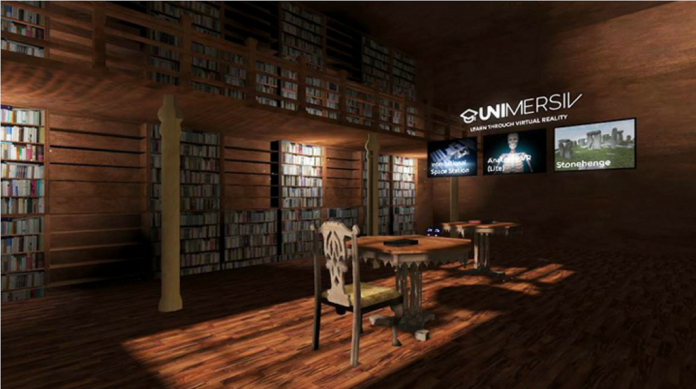 Unimersiv is a company that believes that virtual reality (VR) can be as much about entertainment as it can be about teaching and learning. VRFocus has reported on the platform on numerous occasions as its software supports both the Oculus Rift and Samsung Gear VR head-mounted displays (HMDs). Previously, to use the different experiences user would have to go directly to Unimersiv’s website but now the company has launched its app for Gear VR.

The freely downloadable app via the Oculus Store features three experiences or ‘fieldtrips’ to sample. The first takes place in space giving you access to the International Space Station, allowing you to explore the inner workings. Then go inside the human body and uncover what makes up the human anatomy, from our organs and skeleton to blood vessels and more.

The third experience takes viewers back in time to Wiltshire, England, 4000 years ago. Here you can wander round Stonehenge as it used to be, seeing the giant stone monoliths towering above you.

While there’s only three currently available Unimersiv does plan on adding further content to the app. You can join the company’s newsletter to receive alerts on when a new experience is uploaded.

Naturally VRFocus will continue to keep you up to date on any updates or announcements made.