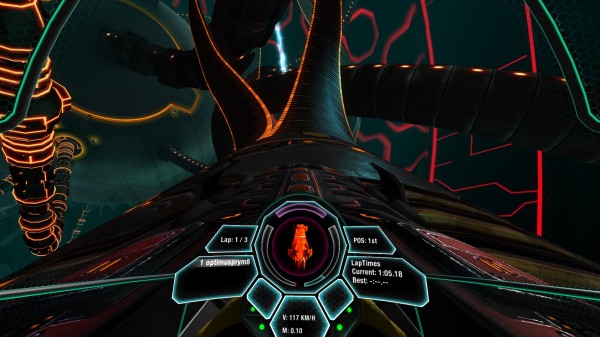 Tammeka Games has worked on developing its sci-fi racing video game, Radial-G: Racing Revolved, for the launch Oculus Rift virtual reality (VR) head-mounted display (HMD), and these plans have materialised recently with the release of the official launch trailer.

In the trailer featured below Tammeka Games has made sure it is known how well thought of the video game is, sprinkling various quotes from popular YouTubers who have tested out the racer, to a short and punchy quote from the founder of the HMD it is releasing with, Palmer Luckey saying the title is ‘totally sick’, as well as singing its own praises of achieving Best Overall VR Experience at the Virtual Reality Awards. If these impressive snippets don’t impress, then the game play will, with previews of the high speed and various anti-gravity tracks.

To try out the first VR sci-fi racer it will be showcased at the premier gaming event in London, EGX Rezzed, (seen update below) alongside other VR developments in the Indie Zone, during 7th – 9th April 2016, with tickets still on sale.

UPDATE: Radial-G won’t be at EGX Rezzed, but will be on display at The Gadget Show Live and Virtual Reality World Congress in the coming weeks. VRFocus apologies for the error.