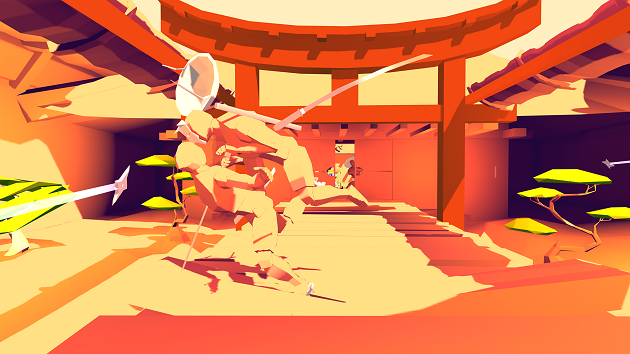 Since the Samsung Gear VR mobile virtual reality (VR) head-mounted display (HMD) had its official consumer launch the headset has seen a number of new titles already released for it. Some of those have come from the Gear VR Game Jam that Oculus VR held earlier in the year. The latest to be released is DRIFT, a VR videogame developed by Ferdinand Dervieux and Aby Batti the co-founders of SharpSense, based in Paris, France.

Winning Gold at the VR Game Jam, DRIFT is a unique experience played from the perspective of a bullet. The title centres around Walter in an adventure. As a bullet players use their gaze to freely fly through suspended scenes and try to dodge obstacles until finding the target. Challenges evolve across the 15 environments of the main story with 6 hidden levels and endless modes to unlock.

DRIFT is available to download now, but only for the Galaxy S6 device from the Oculus Store for $11.99 USD. VRFocus will continue to bring you the latest news for the Gear VR HMD as new announcements are made.

UPDATE: SharpSense has clarified to VRFocus that DRIFT is retailing for $14.99 USD, not the above price, and that the title will work on all of Samsung’s 2015 top end smartphones, Galaxy S6, Note 5, S6 Edge and S6 Edge +, but not the Note 4. VRFocus apologises for the error.