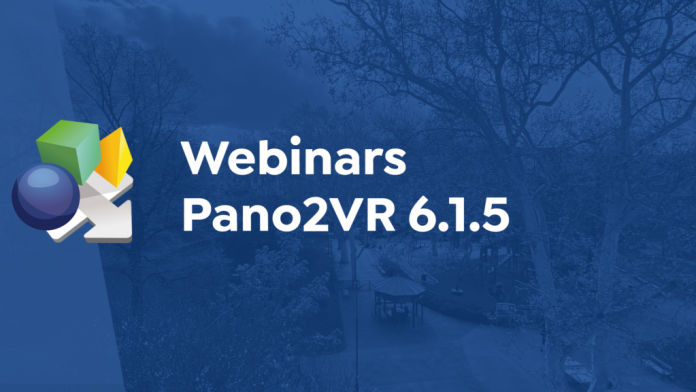 In case you didn’t know, we have been holding weekly webinars for the last month. These are free tutorial sessions that you can watch live and submit questions. Martin Hopkins (Hopki) has so far covered Point and Polygon Hotspots, and skin properties like size and position.

Tomorrow (Wednesday, April 15th), join us live with Martin as he builds off the concepts we learned last week to create a responsive skin. Next week’s webinar will be all about maps and floor plans. We hope you’ll join us!

A few days after the webinar, we will post the recording. If you can’t make it, you can watch it later on your time.

In other news, we released Pano2VR 6.1.5, which is mostly a bug fix release but also includes a new feature.

We fixed a few minor issues and one big issue that was caused by a recent update to iOS (13.4) which broke the support for the gyroscope in WebVR. We implemented a fix to solve this issue.

In Pano2VR 6.1.5, you can now import cubic and flat images from Panotour Pro projects.

To update, in Pano2VR, go to Help > Check for Updates. Or download the update directly and install manually.

Pano2VR in the Wild – Maksim Bobylev