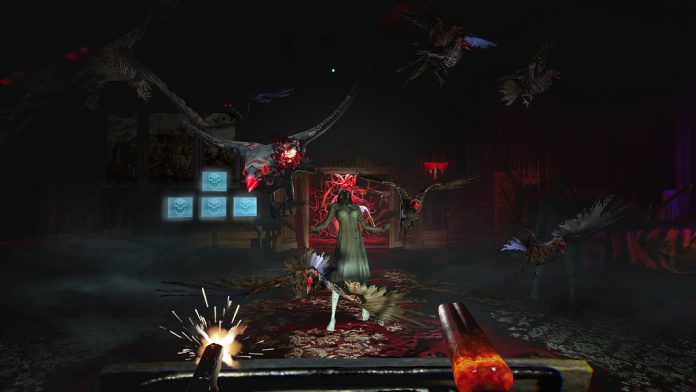 Virtual reality (VR) technology puts players into videogames like never before. While that comes with the obvious advantages, it also raises some even more obvious questions about violence within those experiences. The VR community is yet to truly address this topic on a wider scale but Supermassive Games, the developer behind this year’s popular PlayStation 4 exclusive, Until Dawn, recently noted that players ‘seem more comfortable’ with killing supernatural enemies over real people in VR.

Executive Producer Simon Harris recently said as much on a VR-dedicated panel hosted by Sony Computer Entertainment (SCE) itself at Paris Games Week (PGW) last night as reported by Digital Spy. “We’re experimenting with how far we can go,” Harris said when discussing violence within VR. “People seem more comfortable with killing the supernatural than real people.”

Of course, SCE also hosted a press conference last night in which it revealed that Supermassive Games is working on a VR spin-off of Until Dawn for PlayStation VR named Until Dawn: Rush of Blood. Rather than the third-person, story-driven experience of the original, this plays out as more of a roller coaster first-person shooter (FPS) in which players will come up against some of the characters that were first seen in the original videogame. Though first rumoured to be DLC for the first title, it appears that this could actually be a separate release entirely.

It’s not yet clear when Until Dawn: Rush of Blood will release, but PlayStation VR itself isn’t due until the first half of 2016. VRFocus will continue to follow both the videogame and kit, reporting back with the latest updates on both.

The post Until Dawn Dev: Gamers Prefer ‘killing the supernatural over real people’ in VR appeared first on VRFocus.