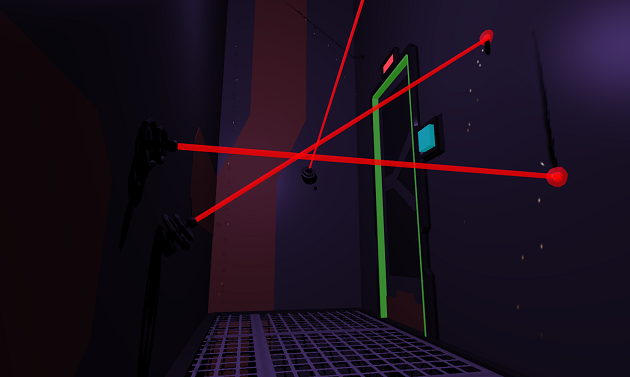 One of the many virtual reality (VR) experiences on display on the HTC Vive head-mounted display (HMD) at last week’s Games Developer Conference (GDC) was Unseen Diplomacy from UK-based indie developer, Triangular Pixels. The creators of this intriguing title don’t think of it as a full VR videogame so much as a VR showcase to bring to various events and prove the potential of the tech to some first-time users. Despite this, Triangular Pixels has today confirmed that the title will be coming to the HTC Vive in time for launch in a few weeks’ time.

As confirmed by the developer over on its official website, Unseen Diplomacy will be hitting the platform on 5th April 2016 for just £1.99 GBP. The experience is also doing to be on display at Nottingham’s National Videogame Arcade as part of its Easter 2016 events. Expect to see the title pop up at other events in the future, too.

Unseen Diplomacy relies on the HTC Vive’s Room Scale tracking support. Cast as a member of The British Espionage Tactical Initiative, players are tasked with infiltrating secret bases. Physically walking around environments, you’ll step through doors and into entirely new areas, creating something of a VR obstacle course that you’ll overcome by avoiding lasers, clinging to the sides of narrow ledges and more. The Steam page for the title has now been set up, and notes that players will need an area of at least 3m x 4m to be played.

Stay tuned to VRFocus for more on Unseen Diplomacy.