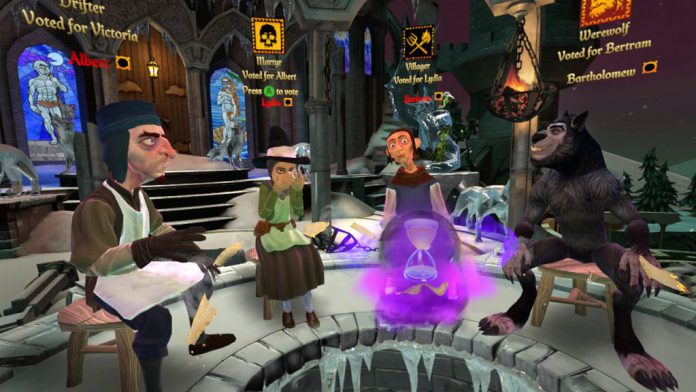 Ubisoft has announced two other release dates for two of its biggest virtual reality (VR) videogames to come to the Oculus Rift, HTC Vive, and PlayStation VR head-mounted displays (HMD). The last one that has been announced today is Werewolves Within, which will come to “all major VR platforms” at the end of the year.

It has been quite a few months since we last year about the latest for Werewolves Within, developed by the same team who also worked on Star Trek: Bridge Crew, Red Storm Entertainment – a Ubisoft Studio. The official release date for this title is 6th December.

What Werewolves Within offers players is a constantly different kind of gameplay as no two games are the same: “one round you could be a villager, pleading your case for innocence, and the next round you could be a werewolf, lying your way to a win”. The story that carries this title is that players are transported to the medieval village of Gallowston where they uncover the werewolves that have been terrorising the townsfolk .

Each game requires teams of five to eight players, which promises to be a “competitive fun of game night with friends to virtual reality”.

There has been no specific HMD listed for this title, except that it will be available for “all major VR platforms”, but it can be assumed that it will follow suit of the other titles that have been detailed today – HTC Vive, Oculus Rift, and PlayStation VR.

For more on the latest from Ubisoft, as well as all the news, updates, and features in the world of VR, make sure to check back with VRFocus.