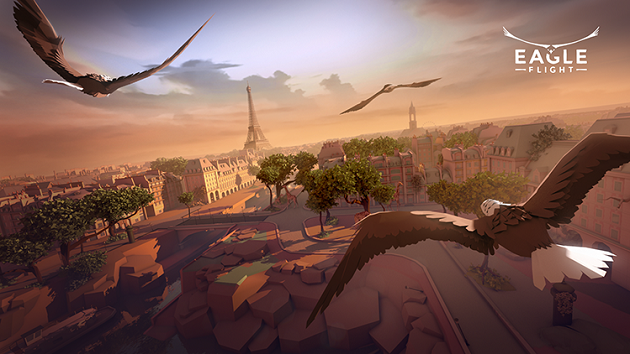 Ubisoft has today announced a partnership for future virtual reality (VR) projects. In addition to the recently revealed Eagle Flight – a technical demonstration now being developed into a full videogame release – Ubisoft will partner with SpectreVision to create ‘original virtual reality content’.

Founded by Elijah Wood, Daniel Noah and Josh C. Waller, SpectreVision, the production company behind such films as A Girl Walks Home Alone at Night, focuses largely on horror movies, and will be working with Ubisoft’s FunHouse Studio in Montreal. The projects that will emerge from the collaboration have not yet been revealed.

Speaking of the partnership, Patrick Plourde, Vice President of Ubisoft Montreal, said: “Their expertise in the horror film genre is exciting for us. We’re looking forward to a collaboration that will ultimately offer fans an unforgettable virtual reality experience.”

No further details are currently available, though Ubisoft’s official blog suggests that any projects in development may appear on both PC and PlayStation 4 formats. VRFocus will keep you updated with all the latest on Ubiosft’s work in VR.