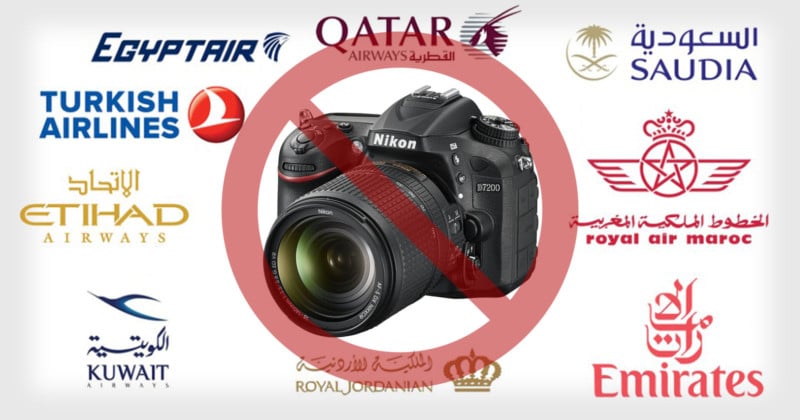 The United States has issued a new ban on cameras, laptops, tablets, and other portable electronic devices as carry-on items for flights from 10 airports in 8 countries. The new rules take effect Tuesday.

Shortly after the U.S. ban was announced, Britain followed suit with a ban of its own.

In all, the ban will affect 9 airlines that operate roughly 50 flights per day into the United States. Royal Jordanian airline posted (and subsequently deleted because it was premature) a post on Twitter informing its passengers of the new rules imposed by the US Department of Homeland Security: 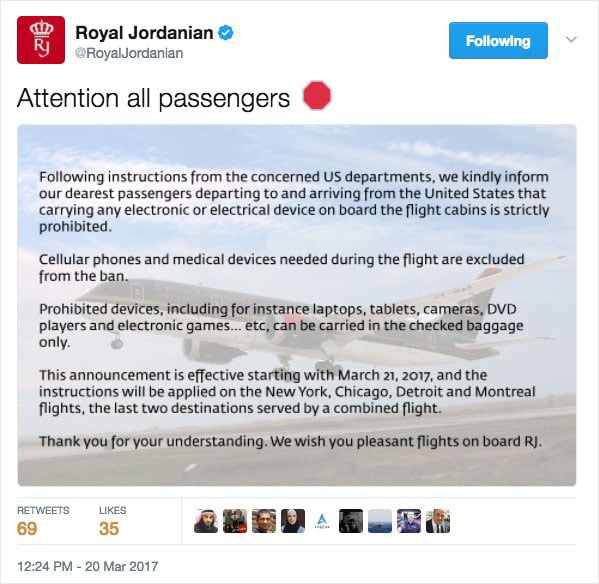 U.S. officials say the new restrictions were not based on any specific new threat, but are instead in response to intelligence that terrorists are continuing to work on ways to target commercial airlines by “smuggling explosives in portable electronic devices” in a manner that’s hard to detect (e.g. things placed in the battery compartment of gadgets). The directive is aimed at compelling foreign airports to address holes in their security measures.

Travelers will still be able to fly into the U.S. with the electronics on the list — which covers any electronic device larger than a smartphone — but they’ll need to be stowed away in the checked baggage rather than placed in carry on bags.

Airlines will need to comply with the new ban within 96 hours, and the restrictions currently last until October 14th, 2017. So if you’re a photographer who ordinarily travels with your pricey DSLR gear with you in a carry-on case, you’ll now need to rethink your plans if flying to U.S. from one of the affected airports.