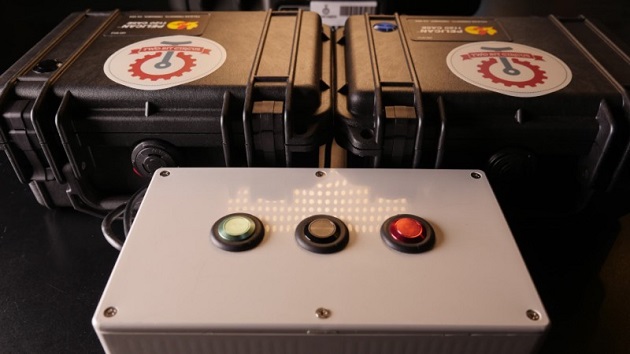 Companies heavily involved in the virtual reality (VR) industry, Oculus VR, Sony Computer Entertainment (SCE) for example, are constantly pushing the idea that VR isn’t the solo, isolating experience many claim it to be. The solo local experience is something Two Bit Circus have been working on, by combining bluetooth syncing with Samsung’s virtual reality (VR) Gear VR head-mounted display (HMD).

The Gear VR is being used by a number of different companies and institutions to demonstrate VR experiences. Two Bit Circus has already used its syncing technology with a VR experience for the XLIX Super Bowl in collaboration with Wasserman Experience, Verizon and the NFL.

Aaron Thomen, Lead Engineer at Two Bit Circus VR explains on Medium.com: “We created a Bluetooth triggering system that starts a VR demo on multiple GearVR headsets. This allows for a limitless number of users to simultaneously view a VR experience and afterwards, share their thoughts and feelings. This breaks down some of the isolating aspects of VR, and also makes it easier to initiate a demo, especially for those who have never used a GearVR. The triggering system fits into a small portable case. Once the phones are paired, buttons are used to start, stop, or reset the experience.”

Two Bit Circus has also displayed the bluetooth syncing solution at two events recently: first at USC and then at the 2015 VRLA Summer Expo. Since these events the company has upgraded the system to operate on a higher wireless frequency, giving the ability for larger files to be streamed at a faster rate with reduced errors.