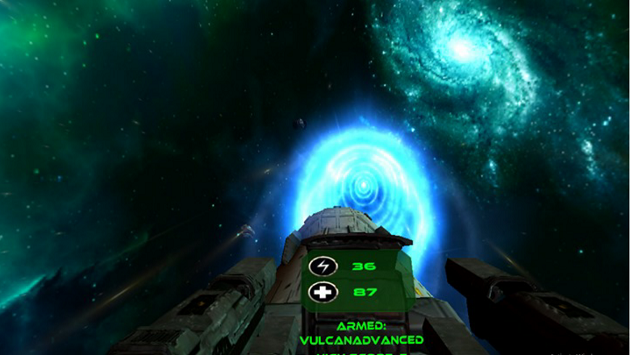 Turret Attack is in a similar vein to other shooters for the mobile headset, like CCP Games’ Gunjack and Climax Studios Bandit Six: Salvo. Players take control of a giant gun mounted on their space ship, using it to destroy wave after wave of enemy fighters.

Controls are handled with head movements and the HMDs touchpad, so no external gamepad is needed to play. Whilst progressing through the levels players can upgrade their weapons to maximise damage and increase their highscore. Those scores will feature on weekly and monthly leaderboards for players to compete against.

The videogame can be downloaded now for £1.49 GBP, and VRFocus will continue to bring you all the latest releases for Samsung Gear VR.