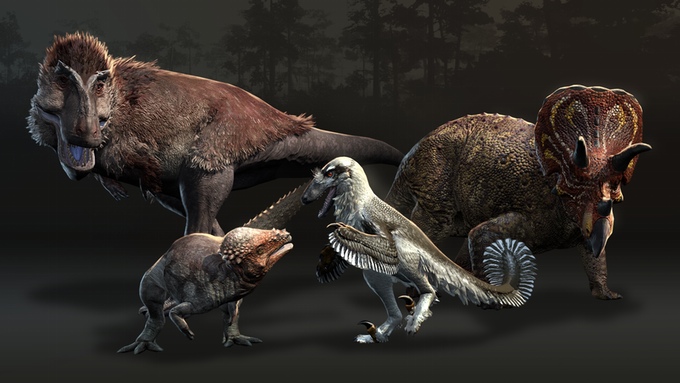 Many dinosaur titles put the player in the perspective of humans being transported back in time, or placing the dinosaurs as the enemy in which they have to survive against. Saurian is looking for crowdfunding on Kickstarter to bring a new type of jurassic experience to PC gaming, and if a further goal is reached the videogame will come to virtual reality (VR) head-mounted displays (HMD).

The title is described as an open world videogame where players can live the life of a dinosaur from a newly hatched baby to fully grown adult, but this won’t be made purely from the entertainment perspective, but also with an appreciation for the scientific side of what comes with prehistoric design. Challenges surrounding this videogame is managing the balance of stamina and hunger while protecting against the environment and other dinosaurs. Each dinosaur has a different set of skills, and players will be able to mate as a dinosaur to mix these skills and pass on genes.

There has been a direct collaboration between developers and paleontologists, as well as the incorporation of information from official documents and studies, to design the behaviour and look of the dinosaurs, as well as surroundings and the weather. The project is described as a passion project made up by over a dozon developers for more than three years.

The current goal is being rapidly reached, which bodes well for the development of VR as the support for it will only be incorporated if the goal is passed, $55,000 USD, and reaches just over three times the original goal, $205,000. VR support is the last goal listed on the stretch goals after lesser goals such as character customisation, new playable dinosaurs, and multiplayer.

For the latest news, updates, and developments in the world of VR, make sure to check back with VRFocus.