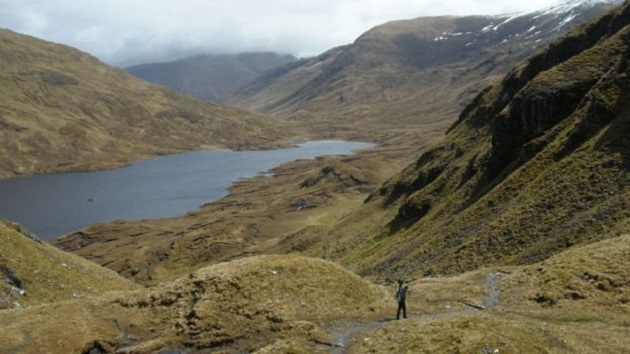 360 degree cameras can create an immersive scene that is fully controllable by the user. It’s why National Trust for Scotland (NTS) wildlife filmmaker Simon Goodall has been using a Google Street View camera to digitally capture sixteen NTS properties, for people all over the world to enjoy the rural beauty of Scotland.

Goodall wanted to capture places where the Google Street View car hadn’t been, walking over 150 miles in the space of a couple of months with one of Google’s 360 degree cameras strapped to his back, dubbed the Google Trekker reports the BBC.

The device weights in at 20kg, and Goodall carried the backpack around Glencoe, Iona, St Abb’s Head, Inverewe Gardens, Culzean Castle, Dollar Glen, the Glenfinnan Monument, Staffa and the top of Ben Lomond.

“When we first saw the kit we were quite surprised by how much there was. But when you put it together you realised it all kind of made sense for walking up a hill and being outdoors, as far as a panoramic camera goes,” said Goodall.

And Colan Mehaffey, NTS head of digital media said: “As part of the Trekker loan programme, what you could do was apply to Google to borrow a big piece of kit to essentially do Street View for whatever you liked or whatever you owned. We came into our own with that because we’re Scotland’s third biggest landowner. People all over the world will suddenly be able to be on the top of a mountain in Glencoe and they’ll be able to be on a boat looking at Staffa. So we want people from all round the world to engage with it.”

The 360 degree imagery will be available on Google Maps, the Street View app, and on the NTS website. VRFocus will continue to follow all the latest news and reports on immersive 360 degree experiences as they’re announced.

The post Tour the Scottish Landscape in 360 Degrees with Google Maps appeared first on VRFocus.