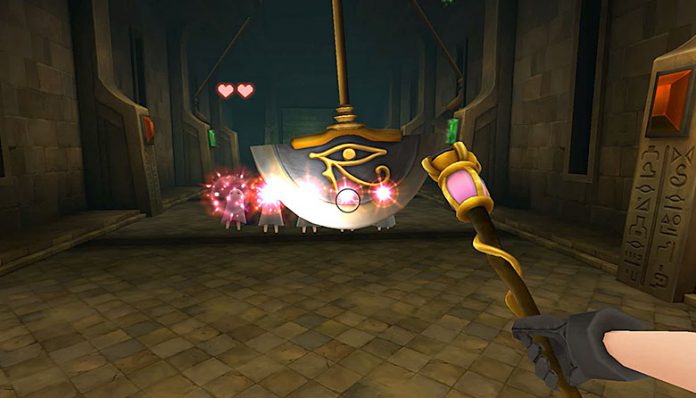 A new batch of content has arrived today for the Samsung Gear VR mobile head-mounted display (HMD). Only one videogame has been included this week and it’s Tomb of the Golems from GREE VR Studio.

Tomb of the Golems is virtual reality (VR) action adventure title set in ancient Egyptian ruins. Playing as Sydney whose searching for her brother, she finds a hidden sanctuary under the ruins and goes to investigate. But the gods and their servants awake, and it’s up to you to shoot your way out and survive.

VRFocus will continue to bring you the latest Gear VR releases as they land.