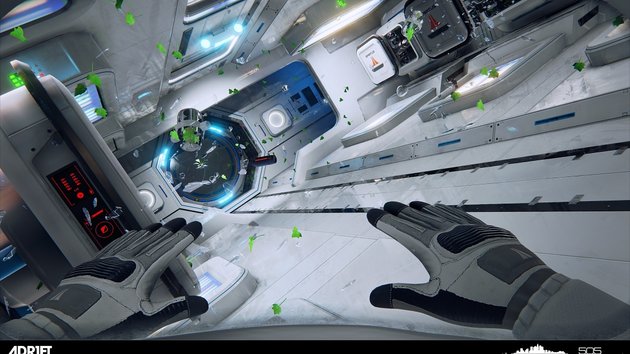 Last month Three One Zero revealed that its upcoming first-person survival title, ADR1FT, wouldn’t be making its 2015 release window. That was, however, for a good reason; ADR1FT has been ‘hand selected’ by Oculus VR to feature as part of the launch line-up for the Oculus Rift virtual reality (VR) head-mounted display (HMD) in Q1 2016. There’s still a while before VR fans will get to dive into this space story, then, but it appears that the developer is already starting to plan a possible sequel, ADR2FT.

That is according to Three One Zero’s Adam Orth, who recently posted an image of a white board bearing the name, as seen below. This could be a brainstorming session for a possible sequel, though it could just as well be a joke on Orth’s part. ADR1FT, meanwhile, will be releasing on PC first but is also expected to arrive on PlayStation 4 with support for the PlayStation VR HMD later down the line. Support for the HTC Vive on the PC version is also still thought to be on the way.

ADR1FT is a visually stunning experience in which players are cast as an astronaut that survives a horrific accident on a space station, leaving him stranded and fighting to survive. Players will make their way through the remains of the facility and occasionally out into space itself, finding air canisters to refuel on and more.

VRFocus will continue to follow ADR1FT and the potential ADR2FT, reporting back with the latest updates from Three One Zero. 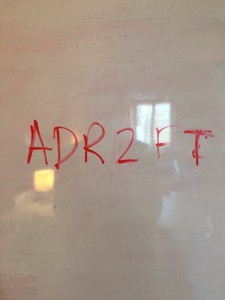