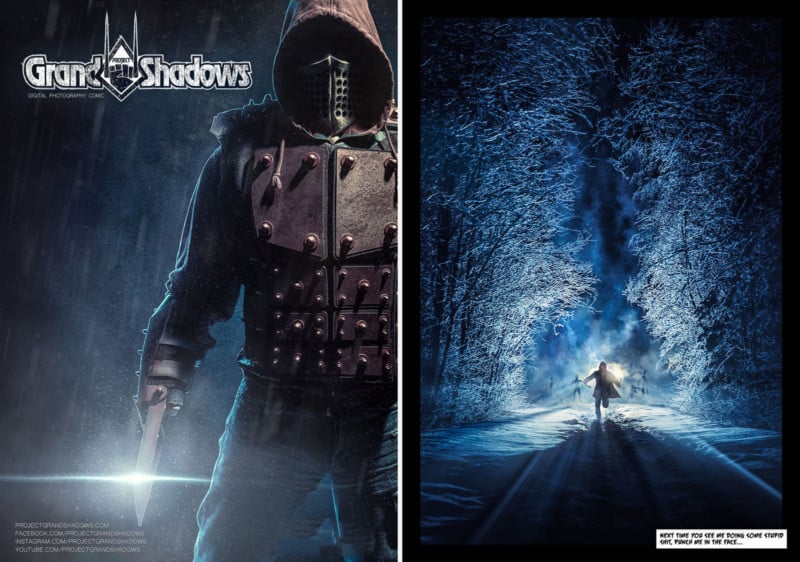 Project Grand Shadows is a new indie superhero comic that just released its first pages. What sets this series apart from most others is how the visuals are being made: what you see in each panel isn’t a drawing — it’s a stylized photograph.

“As much as the project is about telling the story of the main character, it is about the journey of making the comic,” photographer Juhamatti tells PetaPixel. “It is an inside look to what it takes to create art that combines photography with visual effects and what it’s like to put together the world around the story using costumes, props and real locations.”

“It is about the challenges you face when it’s time to breathe life to written word, but most importantly, it’s about three close friends creating something great together.”

The story in Project Grand Shadows is about a homeless man who “gets recruited to an experiment that goes wrong.”

Here’s a look at the other pages released so far: