Ever wondered what would happen if your fancy DJI Phantom drone got struck by lightning while you were out flying it? Well, wonder no more. Thanks to YouTuber Tom Scott and the University of Manchester High Voltage Lab, we can watch it happen… twice.

We’re not sure why Scott decided to pit two Phantom 3 drones against 1.4 million volts, but we’re glad he did.

On the bright side, you should know that a lightning strike won’t actually fry your drone’s battery; this is because the battery is surrounded by a metal casing that acts like a Faraday cage. On the not-so-bright side, it will fry your drone’s motor and quite possibly blow your propellers clean off.

Here’s the moment of truth, slowed down 3200x so you can watch as the lightning fries the drone, entering through the propeller motor and exiting through one of the feet:

And here’s a color photograph of that same moment… poor thing didn’t stand a chance: 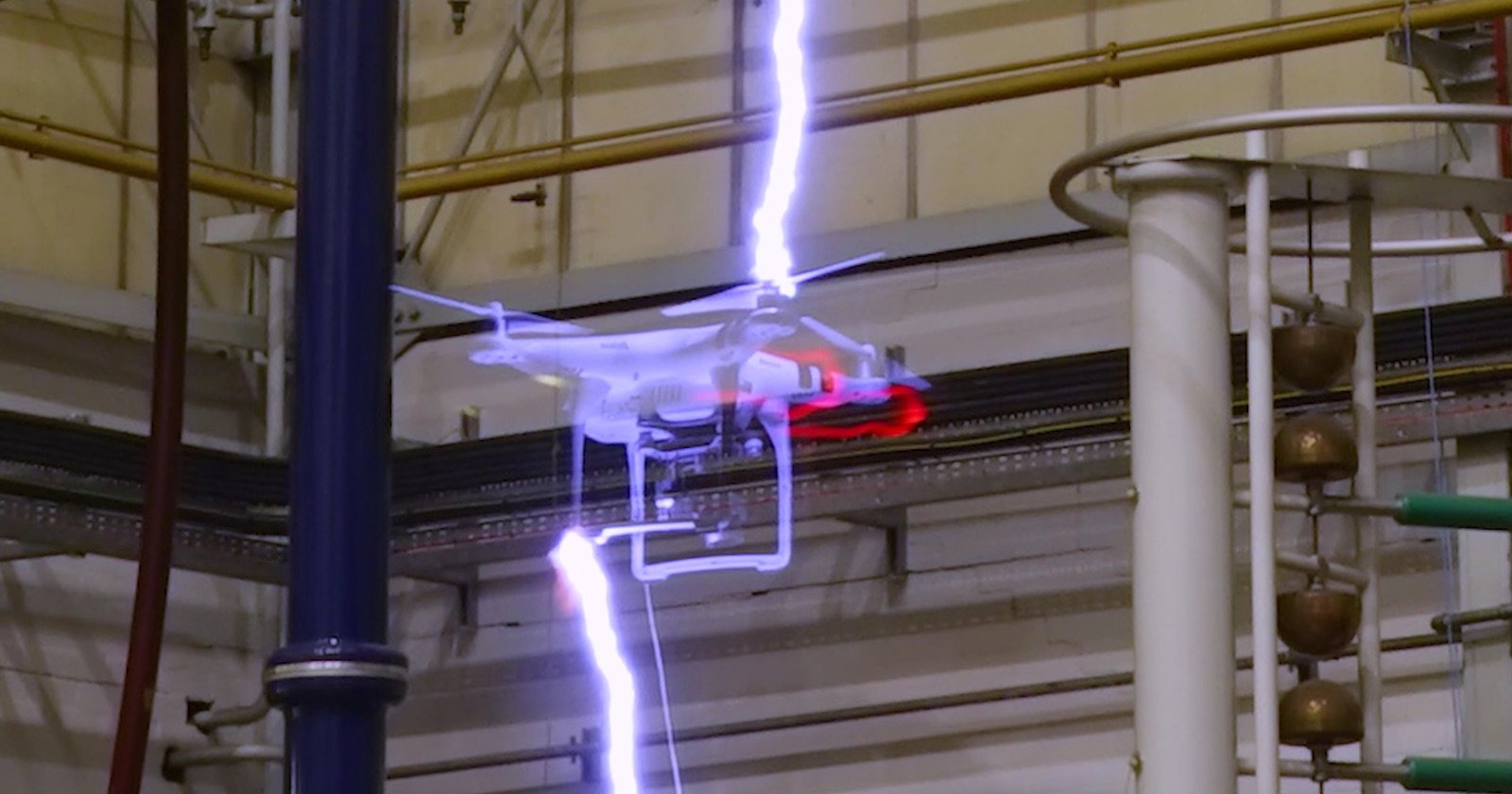 The second time around, Scott and the team at U of Manchester tried to create up a makeshift lightning rod on top of the drone to see if they could “lightning proof” the motor somehow, but the draw of that propeller motor was just too much. By the end of the video the score is:

So what’s the lesson here? One, experiments like this are awesome. And two, as Scott put it, “if you’re gonna fly your drone in a lightning storm… don’t.”