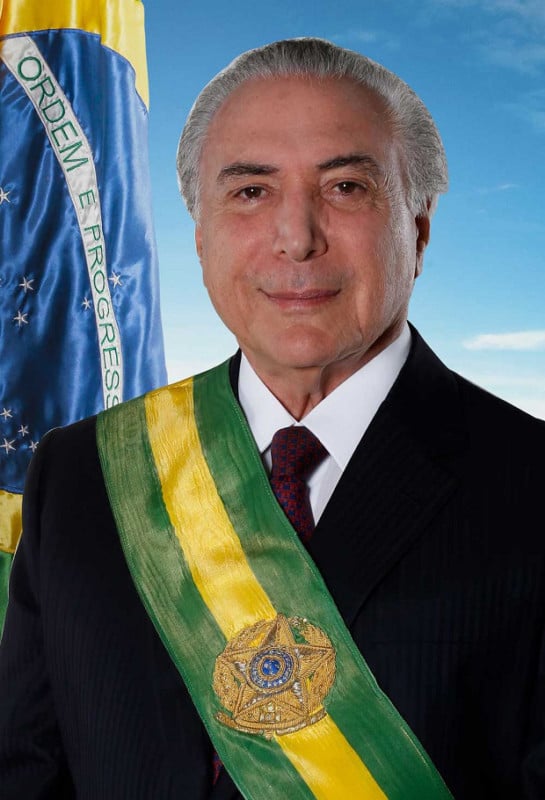 If you’re one of the many photographers criticizing President Trump’s official portrait, take a look at the photo above: it’s the official portrait of Brazil’s new president. After being released yesterday, Brazilians immediately began mocking the photo.

Here’s what some people online had to say about the photo of Michel Temer, captured by photographer Orlando Brito:

“The intention of the photo is to pass on serenity and confidence, everything that is expected of a leader who has the mission to take the country out of chaos and to rescue hope, not a cult of personality, but a commitment to order and progress,” says publicist Elsinho Mouco of the firm PMDB, which produced and directed the portrait.

After seeing public reaction to the photo’s release yesterday, the president’s press office released a statement saying that it was a “draft of the official photo,” and that the real official photo would be released after more editing.

Soon after, this “final” and “improved” version of the photo was released: 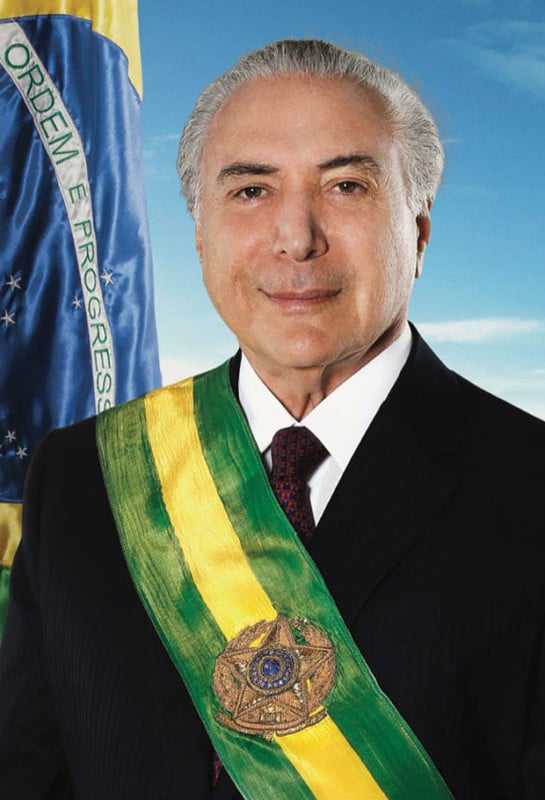 Here’s a side-by-side comparison of the two versions: 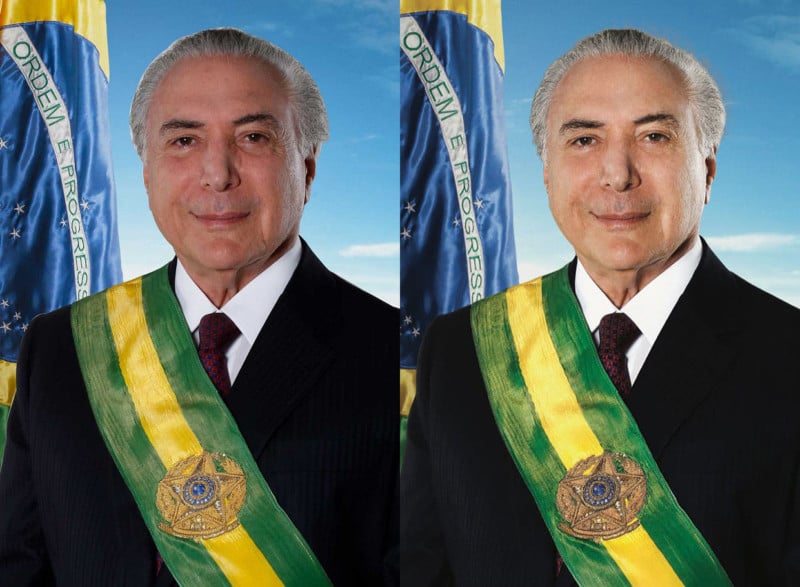 Mouco says this revised version will be the one displayed in government buildings. At the time of this post, however, the first version is still the one being used over on Wikipedia.

It remains to be seen whether this updated version of the photo receives a higher approval rating from the Brazilian public. Just for the sake of comparison, here’s a look at the official photos of the previous presidents of Brazil:

What is your opinion of the final official portrait of Brazil’s president?