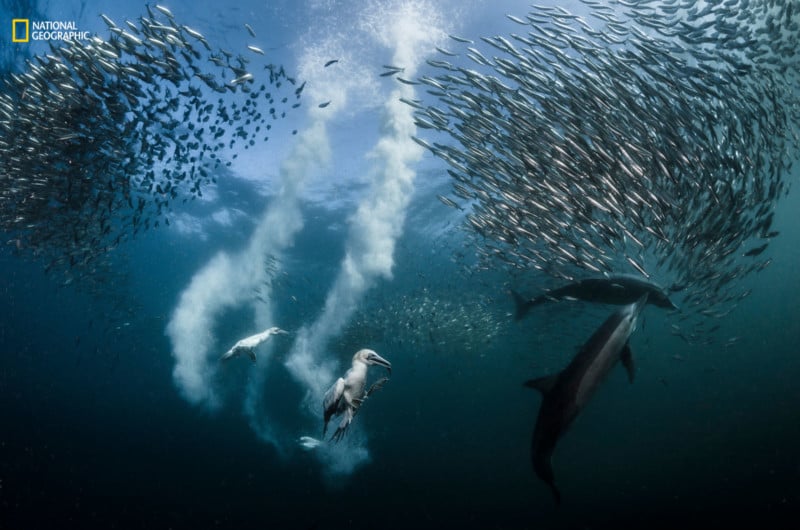 “During the sardine migration along the Wild Coast of South Africa, millions of sardines are preyed upon by marine predators such as dolphins, marine birds, sharks, whales, penguins, sailfishes and sea lions,” says Lecoeur. “The hunt begins with common dolphins that have developed special hunting techniques to create and drive bait balls to the surface.”

The photo was snapped in June 2015 after Lecoeur waited two weeks to witness predators attacking a sardine run.

Photographer Varun Aditya, of Tamil Nadu, India, won 1st place in Animal Portraits for this photo of a snake: 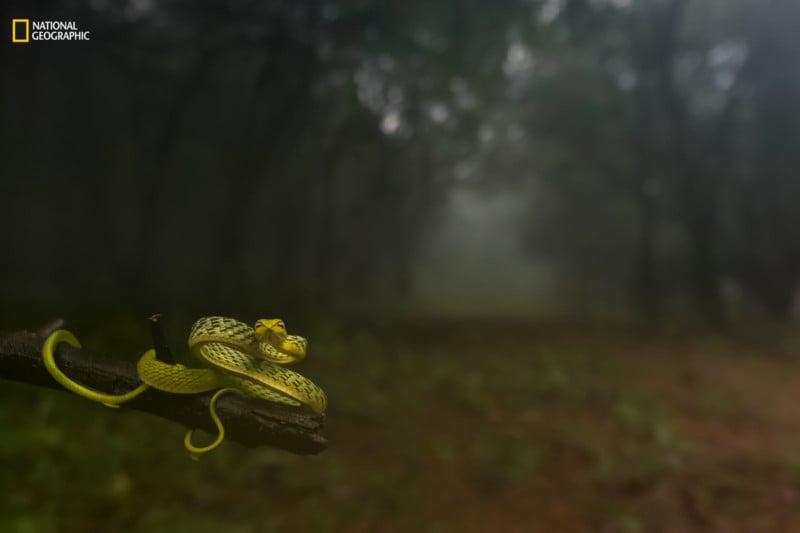 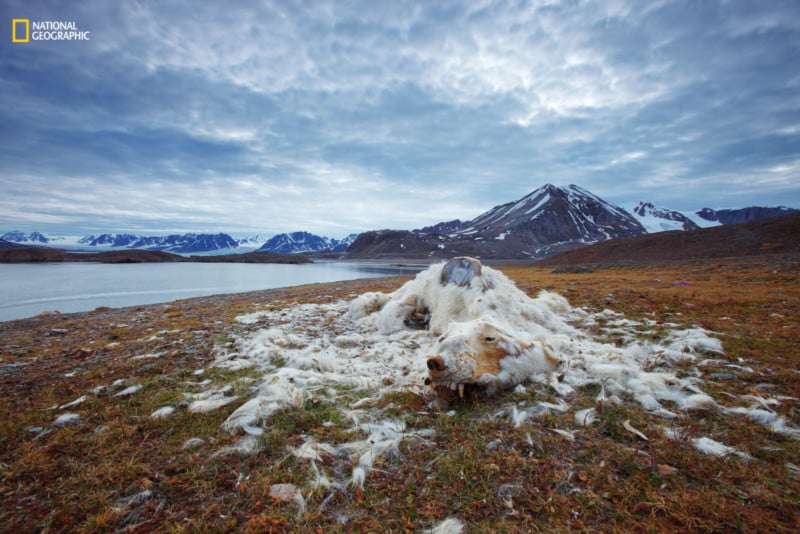 And finally, photographer Jacob Kapetein of Gerland, Netherlands, won his grand prize in Landscape with this photo of a small beech tree in a river: 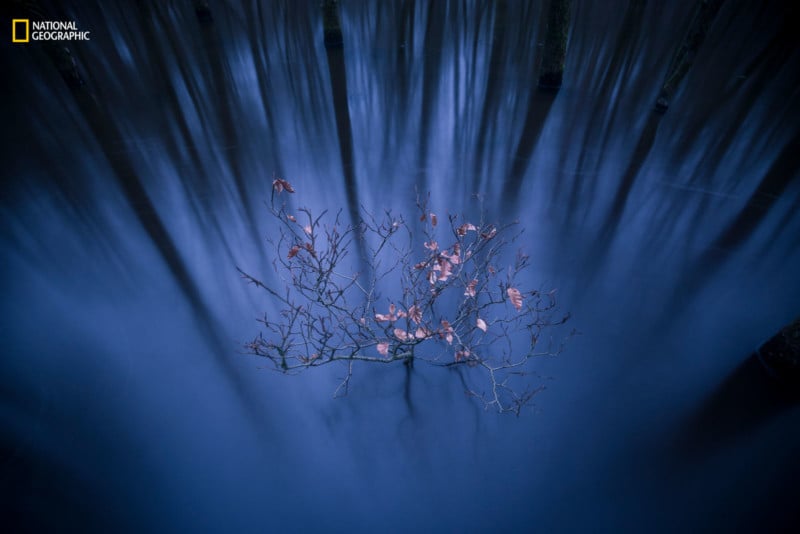 You can find a larger gallery of all the finalist photos on the official contest website.

Image credits: All photos by their respective photographers and courtesy 2016 National Geographic Nature Photographer of the Year