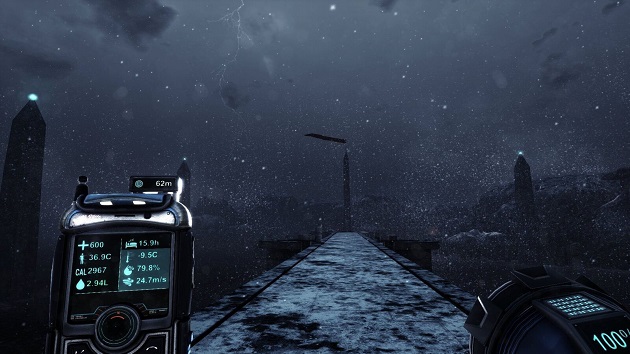 Yesterday saw the Steam Early Access launch of virtual reality (VR) compatible title The Solus Project from GRIP Digital and Teotl Studios. The single player survival adventure videogame, with its desolate, alien landscapes has seen several videos released over the previous weeks, demoing the gameplay and revealing some back story. The developers have also released new screenshots which can now be seen below.

The images show a couple of areas players will have to face, as they delve into the story and unknown planet in The Solus Project. The first shows some of the weather conditions that will be encountered on the adventure, with snow storms and bolts of lightning trying to holt your progression.

The other is inside one of the many caves and underground passage ways found beneath the surface. With strange crystalline structures and alien monoliths from a long dead civilisation, you need to uncover its secrets. The screenshots also show the quality and detail of the artwork that gives The Solus project its foreboding feel.

Virtual reality (VR) support has been implemented but still experimental, with the team testing on an Oculus Rift DK2. The consumer versions of the Oculus Rift and HTC Vive will be supported, but the developer does note that “VR support might not mature entirely and might remain experimental.”

VRFocus will continue its coverage of The Solus Project, reporting back on any further updates. 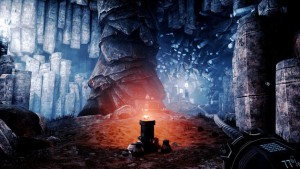