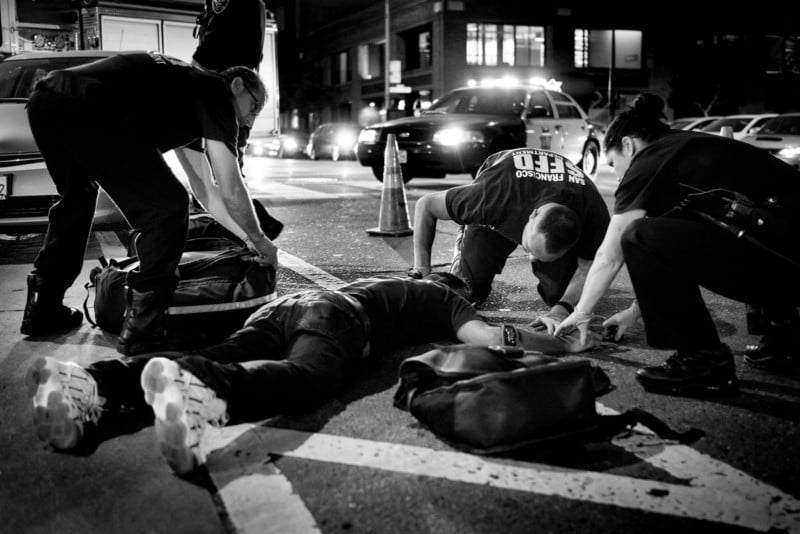 Peter Thoshinsky joined the San Francisco Police Department back in 1982. After serving as a cop for 31 years, his career in the department took a major turn: he became the official “historical photographer” for the SFPD.

The 57-year-old photographer was born and raised in San Francisco and received his first camera as a birthday present when he turned 18. But he didn’t become serious about photography until he received an unwanted darkroom kit from a friend and turned his bathroom into a small private darkroom.

“For me the epiphany was the realization that the final print is what’s important,” Thoshinsky tells PetaPixel. “The glaring differences between drugstore color prints auto corrected for 18% gray and the drama of a 8×10 inch black and white print, tonally adjusted, was dramatic.” 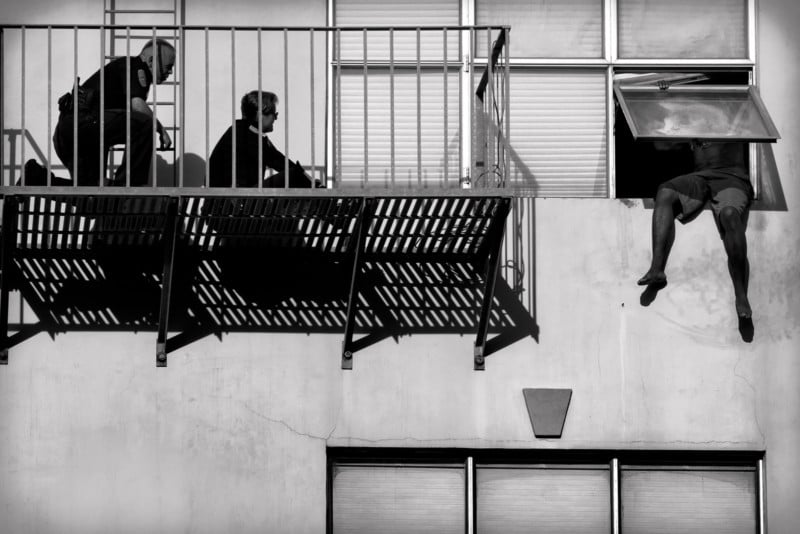 To this day, Thoshinsky preaches about the value of carefully finished photos, whether film or digital.

“Only prints will survive after you are gone,” Thoshinsky says. “No one is going to open up your external hard drive in 2116 and convert your RAWS and make images. Not going to happen. No more so than anyone printing my 150 pounds of film negatives.” 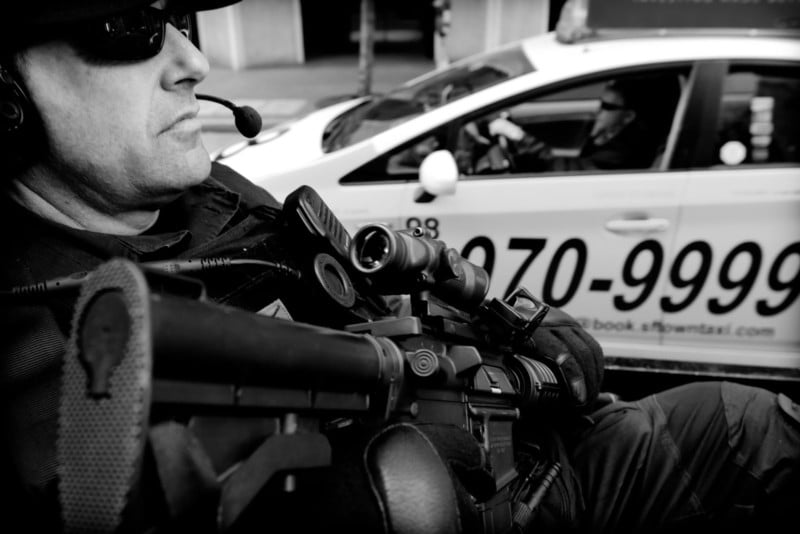 7 years after joining the SFPD, the Loma Prieta Quake rocked the SF Bay Area in 1989. Thoshinsky brought his camera to work to document the quake’s destruction. His photos were well received, and the next year he was asked to shoot day-to-day photos of SFPD officers at work.

Thoshinsky continued documenting police work on the street for the next 20 years.

“From 1990 until 2012 I was street sergeant in the Tenderloin District of San Francisco, and had opportunities to photograph where no one else can,” he says. “I carried a little Konica T4 in my pocket with Kodak TMAX 3200 film, and took pictures when I could.” 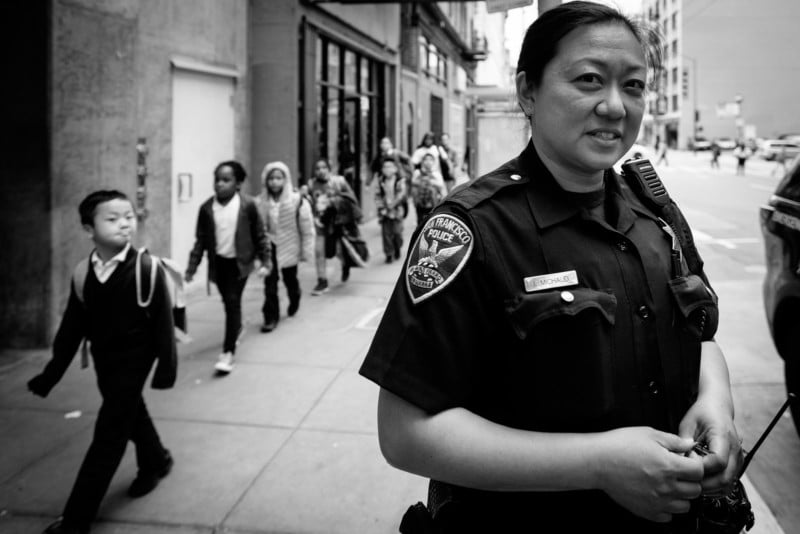 After retiring from the force in 2013, Thoshinsky found himself continually at the receiving end of photo requests by the SFPD Media Relations Unit.

“At first I didn’t mind, but after a while it got old proving free content,” he says.

So, he decided to ask the police department if he could be rehired part-time as a civilian photographer. He submitted a proposal for the creation of a new position of “Historical Photographer,” and, to Thoshinsky’s surprise, it was approved in 2015.

As part of the job’s description, Thoshinsky has carte blanc access to the entire police department.

“My job, as I see it, is to capture history, that “history happens today”, and it needs to be recorded,” the photographer says. 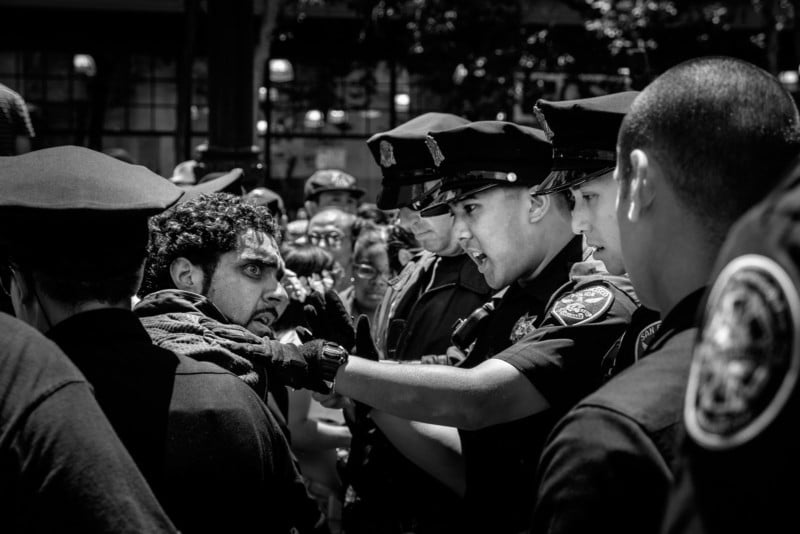 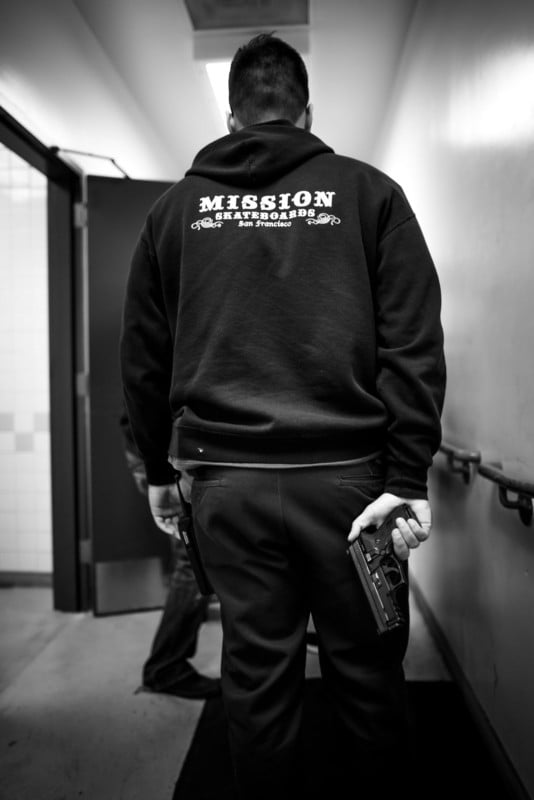 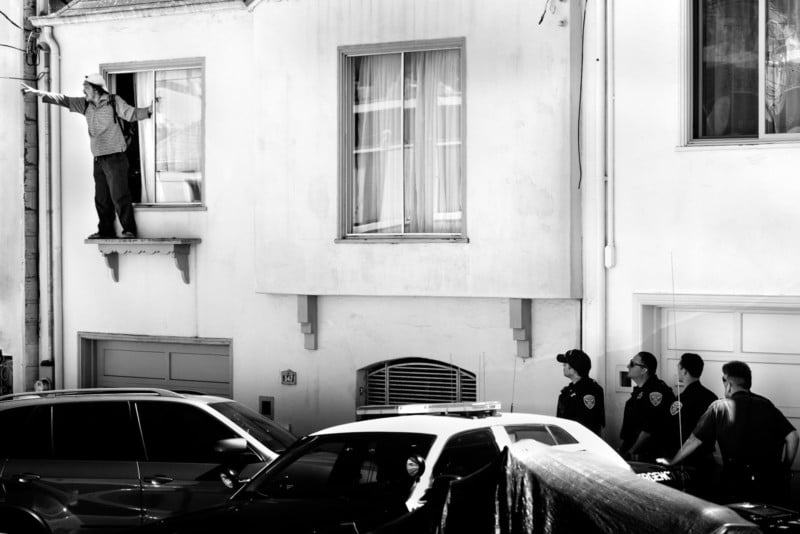 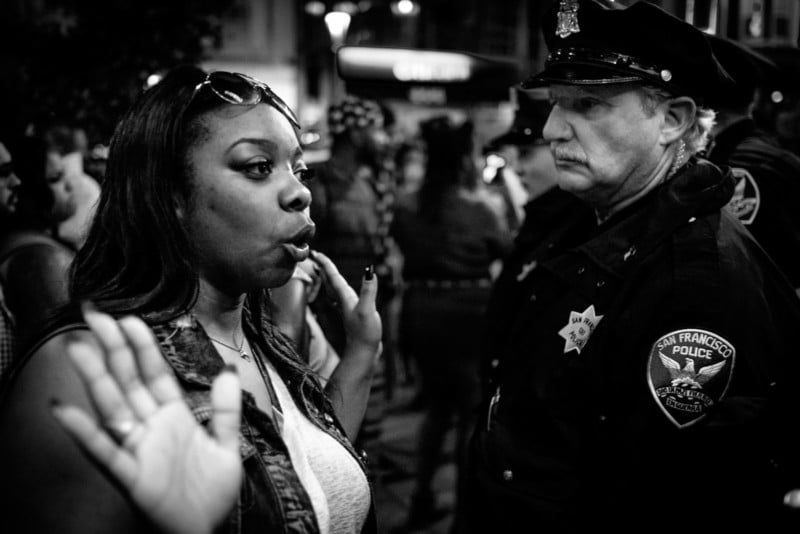 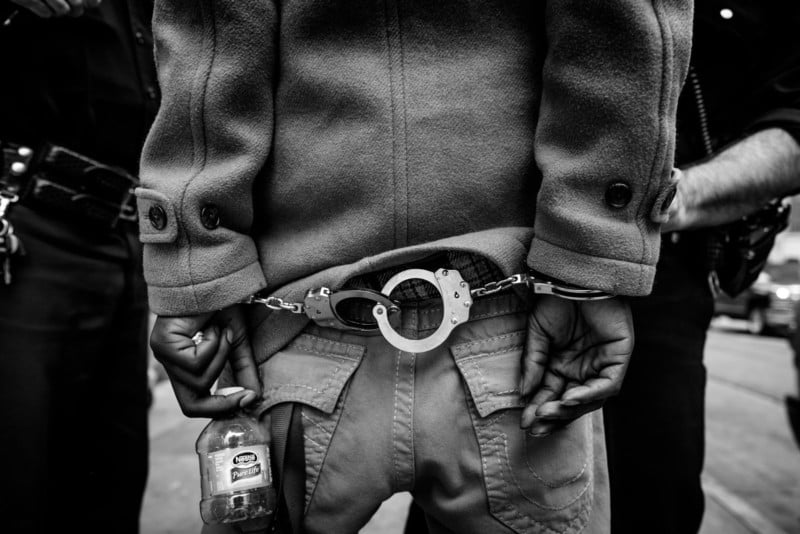 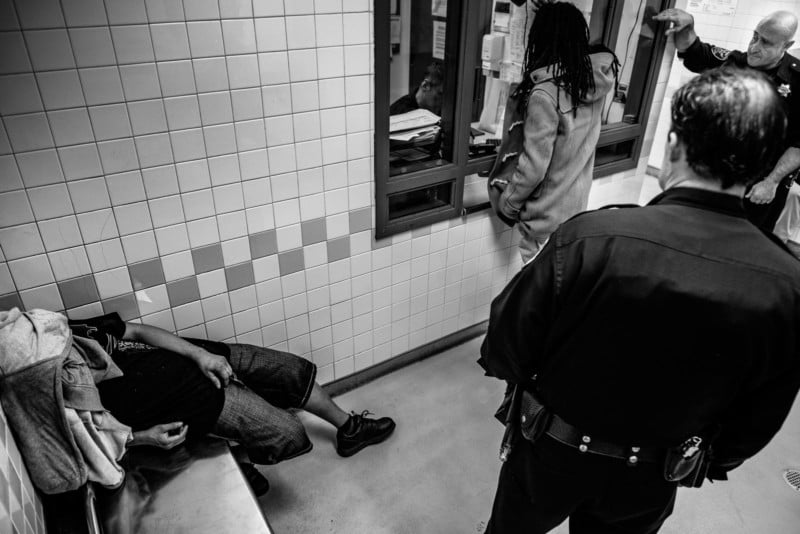 After years of shooting with Canon film cameras and then Canon DSLRs, Thoshinsky sold all of his Canon gear in 2015 and began shooting exclusively with two Fujifilm X-T2 mirrorless cameras. In addition to his camera gear, he also packs a bulletproof vest (under his photo vest), handgun, police ID, raid jacket, police radio, and flashlight. 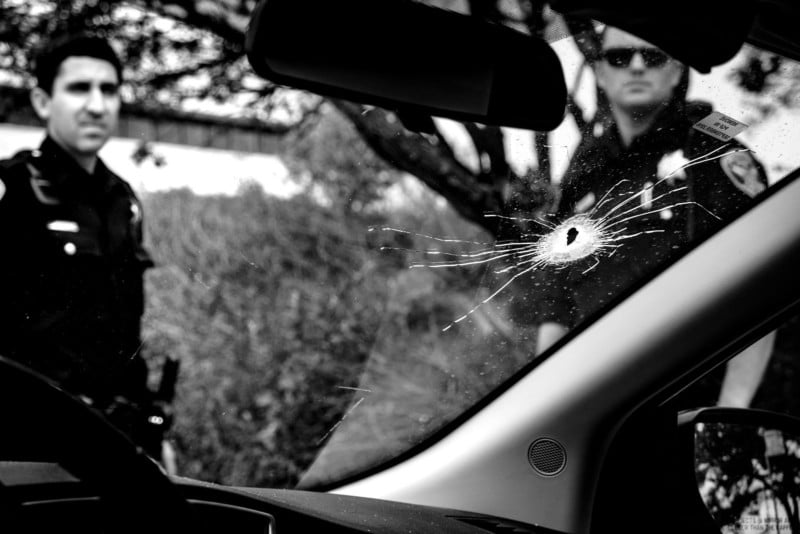 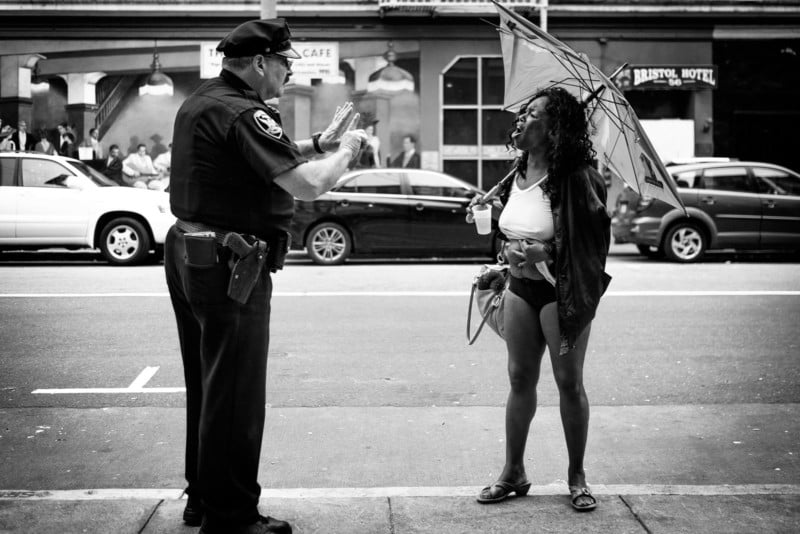 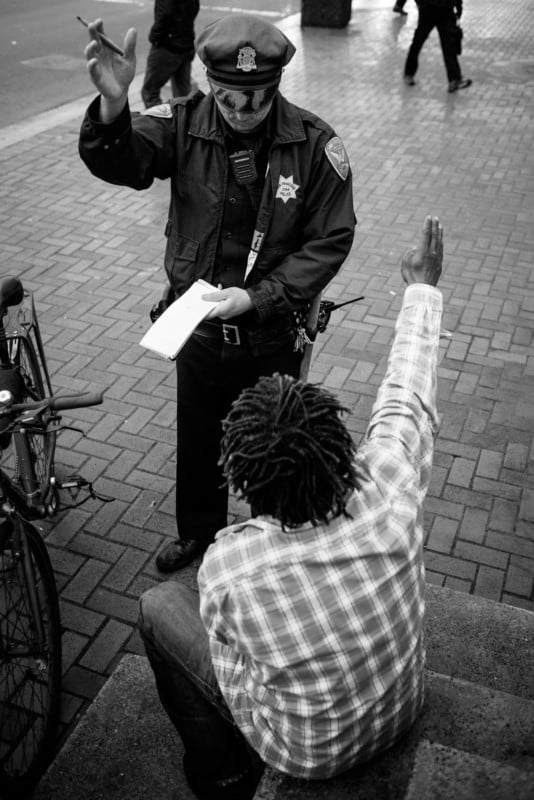 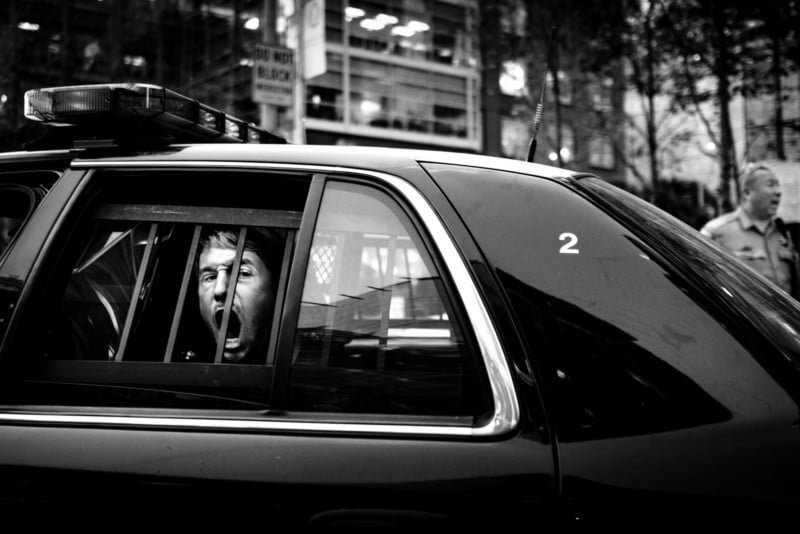 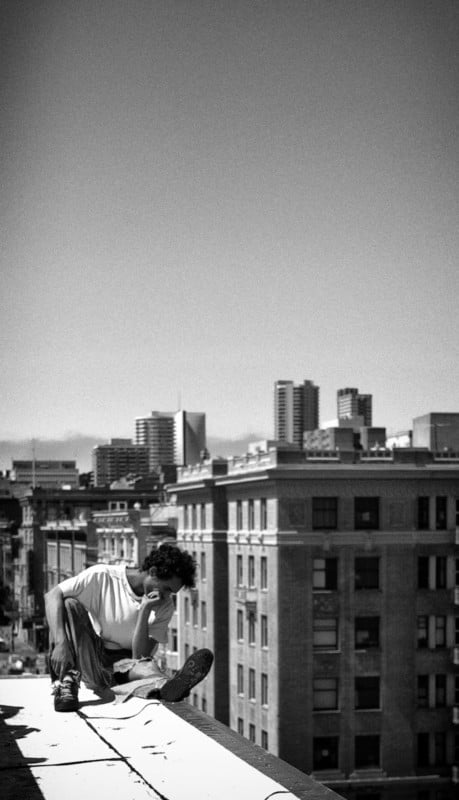 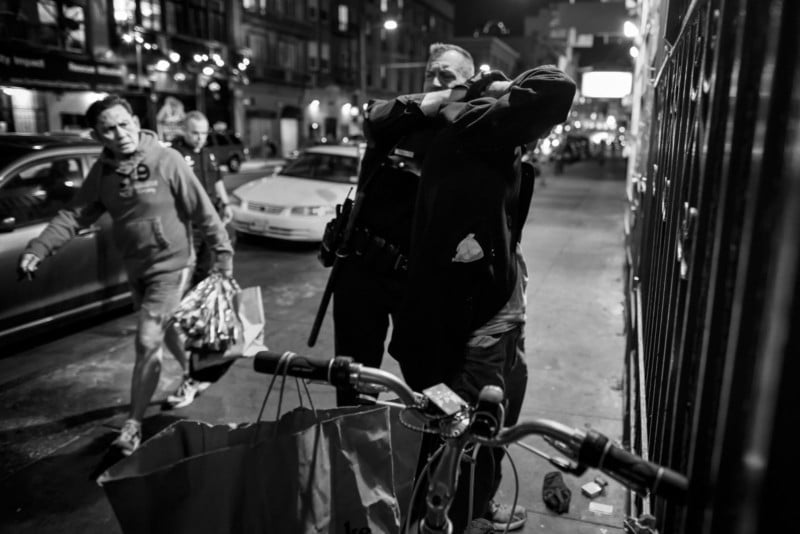 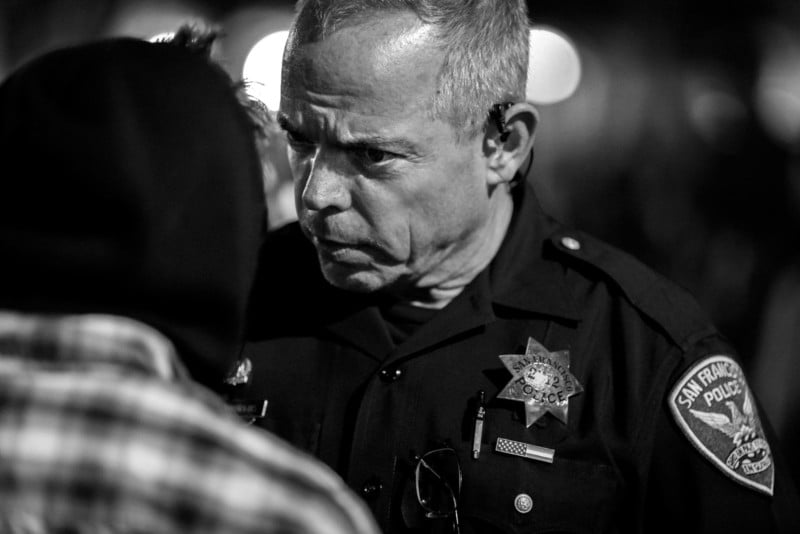 You can find more of Thoshinsky’s work on his website, KMA438 SFPD.

Image credits: Photographs by Peter Thoshinsky and used with permission