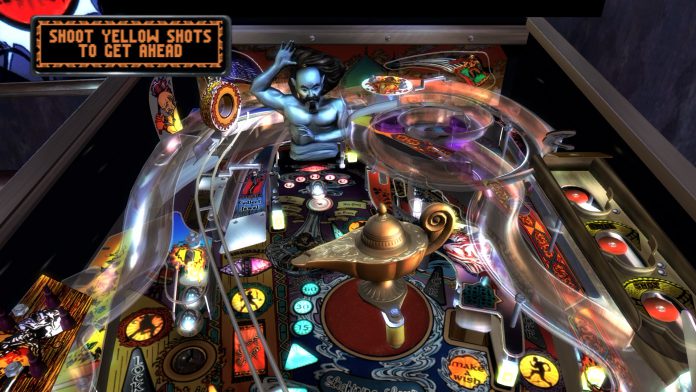 There have been surprisingly few pinball games either created for or adapted to fit virtual reality (VR) thus far. The tech may not be at a consumer level yet, but the appeal of taking virtual pinball and being able to accurately recreate the once cherished experience of going to an arcade and playing on a real table would surely be a big draw for many. Fans won’t have to wait too much longer to get their hands on a pinball VR title, however, as FarSight Studios has this week announced that it will be bringing such support to its popular videogame, The Pinball Arcade.

The company announced as much over on its Facebook page as part of its “Pinball Arcade’s 12 Days of Christmas” season. The PC version of the title will soon be integrating the Oculus Rift head-mounted display (HMD), as the company wrote: “Get ready for the next level of pinball realism! We are very proud to announce that we will be implementing support for Oculus Rift in 2016 for all of our pinball games!” A narrower release window for the support wasn’t given, though the Oculus Rift itself should be arriving within the first three months of next year.

Originally released all the back in 2012, The Pinball Arcade incorporates several officially licensed pinball tables from the likes of Gottlieb, Williams, Bally and Stern Pinball. The title has since come to various other platforms such as the PlayStation 4, though it’s not yet confirmed if the project could also support the PlayStation VR HMD or the other major PC based kit, the HTC Vive. It’s not the first time that FarSight Studios has experimented with 3D support, either, as it released a stereoscopic display patch for the PlayStation 3 version of the title back in 2014.

For the latest updates on The Pinball Arcade and all other VR videogames, keep reading VRFocus.

The post The Pinball Arcade to Get Oculus Rift Support Next Year appeared first on VRFocus.