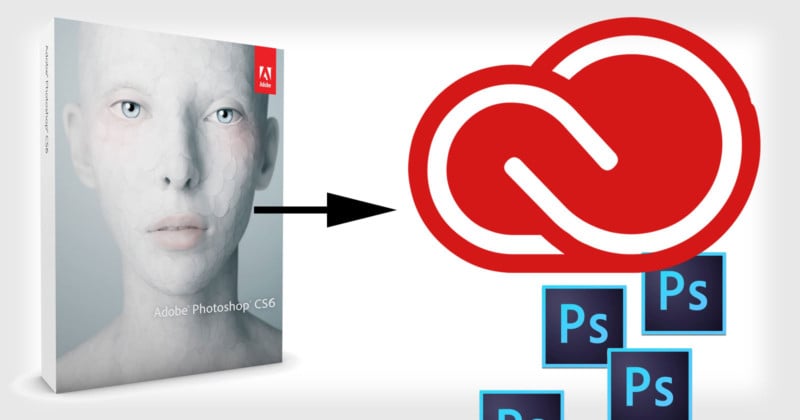 As a professional photo retoucher, I owe Adobe most of my life. Without them, I would honestly not be where I am today, being able to do what I love every single day! Over the years, it has also gone through a multitude of changes, and since my life is tied directly to Photoshop, I pay very close attention to them.

The Adobe subscription model has been one of those interesting changes. When it was first announced, it was met with push-back from the community. Eventually, we all (mostly) obliged and jumped in. What benefits would we get? Would this push for more innovative updates for creatives? Would an uptick in reliable income make developers more relaxed in coming up with new features?

Those were the questions that I could see echoed, among others about cost versus benefit.

Just today, I came across this article from IEEE Spectrum that follows up on that frame of thought from co-creator Thomas Knoll.

On transitioning to the subscription model:

Engineers [working on Photoshop] were very much in favor of the transition. Previously, they had to come up with new features every two years, and these features had to demo well, because you had to convince someone to buy a new version based on those features. Then some percentage of user base would upgrade, some wouldn’t, so we had to support multiple versions with bug fixes and adding new camera support.

The new model encourages users to stay current with the newest versions of software, and engineers like that because when they create a feature it gets to users right away.

It sounds about right, they had to really focus on new features to get people to buy the product. The downside is the resources needed to fix bugs across multiple versions and platforms.

Now, as we’re (mostly) all on the same page, the features that get created can be immediately implemented. The stability has increased and it has been very reliable for me. I haven’t seen many new features that I have been wowed over.

The changes and features that have benefited me the most after 2014 have been the re-implementation of the legacy healing brush, bringing back the refine-edge (hidden option, shown below), and the redesign in the minimalist template. I can definitely do everything I do in my workflow on CC 2014.

So why do I keep paying for a monthly subscription? Well, I am an instructor so I have to keep current with the new versions. The stability is also great. Aside from that, I don’t have a ton of reasons aside from staying current.

Did the subscription model create stagnation when it comes to innovating tools within Photoshop, or has Adobe’s ability to come out with useful features for creatives become much harder?

After all, there’s only so much more you can come out with at a certain point. I honestly can’t think of much, but I am sure you probably have an idea or two. That’s a question that I probably don’t have the answer to, but I assume it’s more of the latter in regard to running out of ideas.

Also, it could be that the focus has primarily become more towards graphic designers over photographers. Looking at the “what’s new” page, you’ll see a majority of the new features pull in that direction. 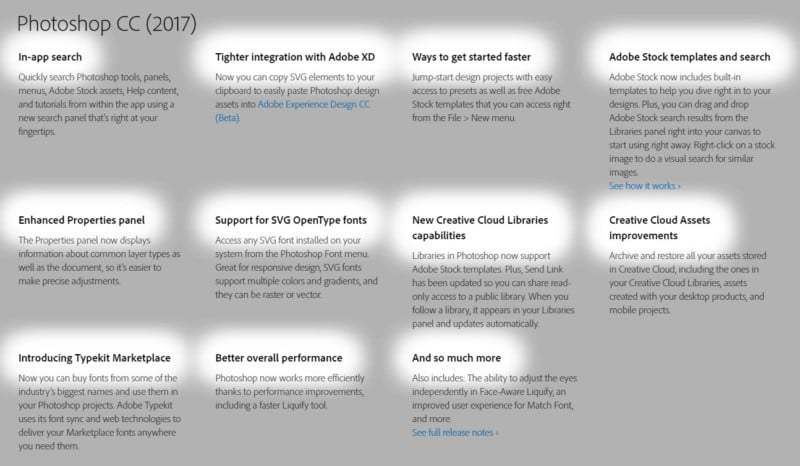 So even though there are lots of new features, we all interpret the relevance differently. I would love to hear from other creatives to see if this is accurate.

The price point was a big benefit to many. Instead of having to buy it outright, the monthly cost of $9.99 (in the United States) really made it accessible to a wider scope of people who wanted to purchase it. This doesn’t mean everyone liked not having the ability to outright buy the program. The single app price of $19.99 was appealing too. It’s what made me buy a subscription to Premier Pro. Otherwise, I probably wouldn’t have been as interested in it.

What do you think? Does the model prove more useful to the consumer, Adobe or both?

Who does the Creative Cloud subscription model benefit more?