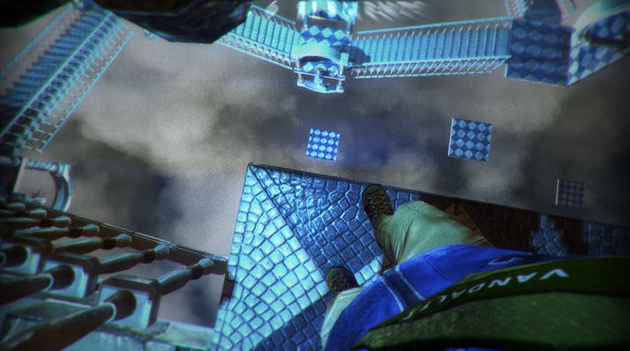 The virtual reality (VR) development community has developed a reputation for being a collaborative endeavour over the past few years. Ideas are discussed, discoveries shared; all for the benefit of those engulfed in the world now and the end users that will be drawn to it in time. Now that consumer VR has arrived many of these developers are competing against one another for potential revenue, but having come this far in what is in fact a very short space of time the hope is that VR won’t become just another rat race.

Sharing technological or design discoveries is a beautiful thing that has upped the game for everyone involved. Simulation sickness is the most obvious example: two years ago every developer lived in fear of causing their potential audience to feel nauseas. Since that time, over a dozen different movement techniques have been designed and discussed within the community without anyone claiming it as their own. Progress is made, the community discuss, and those who agree use the same techniques.

This collaboration isn’t just kept between indies, however. Epic Games is offering their newly developed Unreal Engine 4 component, VR Editor, for free on top of the core engine package. CCP Games has keenly shared the discoveries made during the development of EVE: Valkyrie and subsequently the work of their VR Labs team. Even Oculus VR themselves has previously released Henry – an Oculus Story Studio production – to developers, including the original source code. It’s this kind of desire to help VR grow and sustain its appeal that benefits everybody, and leads to some beautiful collaborations in-game also.

It’s long been known that Tammeka Games and IRIS VR had worked together on a collaborative effort for the recently released TECHNOLUST, but just how deep it goes is a wonderful token of appreciation for one another’s work. Within a key location in TECHNOLUST, known as ‘Quinn’s Arcade’, a large screen hosting a non-interactive Radial-G experience is located. However, exploring this scene will lead the player to a backdoor within which a fully 3D replica of one of the vehicles from the racing videogame can be found, and if correctly used holds the key to one of the puzzles in IRIS VR’s critically acclaimed cyberpunk experience. 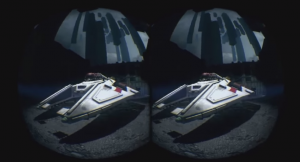 VR has finally reached the point that many have dreamed of for years, but it arguably wouldn’t be making such an impact if the software we’re receiving wasn’t of such a high quality. It’s reached this point because developers were assisting one another; learning from each other’s mistakes and raising the bar for all. If this changes VR could stagnate. We’re only at the birth of the medium; the passion is what’s got it this far, and it’s that commitment to VR that will ensure it progresses comfortably towards mainstream adoption.