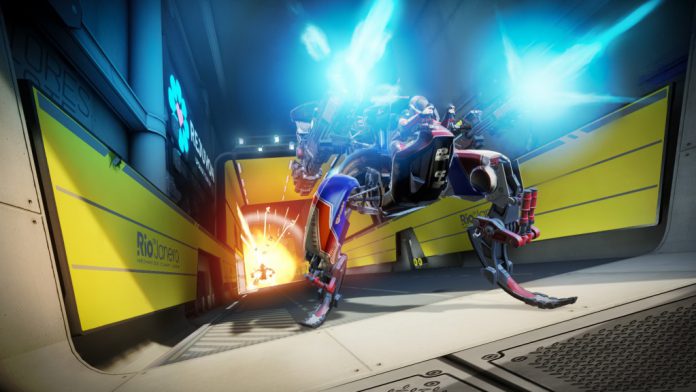 This year’s PAX East draws to a close today, and as always the variety of videogames on show was a highlight in the annual events calendar. Virtual reality (VR) found a home on the show floor, and VRFocus has sought out the best experiences offered to attendees.

The line-up of VR titles at PAX East was unsurprisingly strong, with the ‘VR Freeplay’ area hosting demos for both HTC Vive and Oculus Rift with Oculus Touch. Sony Interactive Entertainment (SIE) were on hand with 10 PlayStation VR titles and numerous other developers were offering hands-on time at their own booths, including Square Enix with Hitman GO on Gear VR and Intel hosting Survios’ Raw Data on HTC Vive. Below are VRFocus‘ top picks for some of the best the show had to offer.

A big hitter in the PlayStation VR software catalogue, RIGS: Mechanized Combat League is Guerrilla Cambridge’s fast-paced answer to eSports in VR. The usual head-to-head team set-up has been made available at PAX East 2016 and demand for play time has unsurprisingly been high. No new content was on offer, but regardless RIGS: Mechanized Combat League still stands as one of the best PlayStation VR titles shown to date. 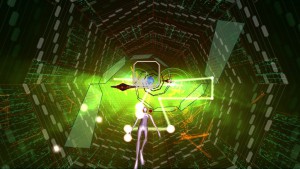 An oddity that fits right in at home when it comes to a show such as PAX East, given the tendency to promote indie starlets alongside AAA studios, Rez Infinite is a thrilling PlayStation VR experience. It’s certainly not for everyone, but given the legacy of the series and the core audience demographic of a show such as PAX East, it stands as one of the highlights for the PlayStation VR’s showcase. 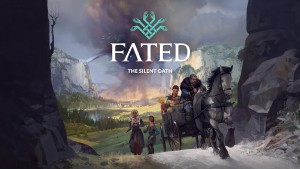 Frima Original’s FATED: The Silent Oath is set to launch on Oculus Rift and HTC Vive very soon, with a PlayStation VR version also in the works, and yet we’ve still seen very little of the videogame’s gameplay. VRFocus has experienced a gentle horse-and-cart sequence near the start of the videogame a number of times and in each the videogame showed significant improvement; hope remains high that the final release version lives up to the promised of the early preview builds. 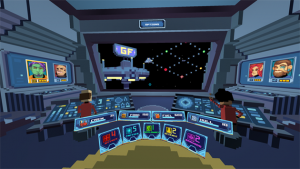 Orion Trail is already available to download for Gear VR, so early adopters of the technology are already likely to have experienced this critically acclaimed title. However its unique visual design and appealing comedy value make Orion Trail a great first-look at what mobile VR can offer. 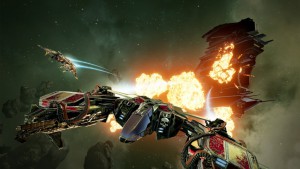 For anyone truly invested in VR at this point having EVE: Valkyrie playable on the show floor of a consumer event is hardly noteworthy. However, CCP Games’ space combat experience still stands as one of the most immediate and enjoyable VR videogames for newcomers. Concurrent to PAX East, CCP Games hosted their own event over in Reykjavik, Iceland, where they announced the first expansion coming to EVE: Valkyrie later this year: Carrier Assault.