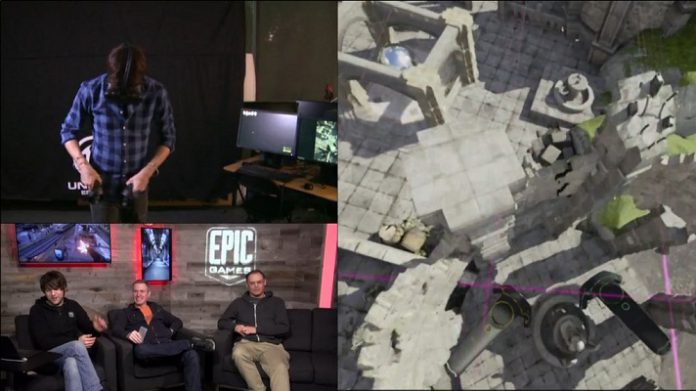 Last week Epic Games announced a Virtual Reality (VR) Editor for its Unreal Engine 4 middleware, a platform that already features robust support for head-mounted displays (HMD). The concept allows developers to head into VR itself to design and shape content, giving them accurate control over environments and sense of scale throughout. As VRFocus wrote shortly after the announcement, it was an inevitable move, and even a little surprising that it’s taken this long to showcase. In fact, it’s even more surprising that Epic Games beat Unity Technologies to the punch.

But not by much.

You can’t help but suspect at least one side knew the others plans all along when Unity took to the stage of the 2016 Vision Summit to reveal its Unity VR Scene Editor today. It could be that either Epic Games, hearing the news of its main rival’s plans, hastily moved to set up a livestream ahead its planned reveal at the 2016 Game Developers Conference (GDC) in March, or Unity Technologies caught wind of Epic Games’ livestream and decided to throw its own work into today’s already lengthy keynote, despite the fact that it was clearly very in early in development. That’s not based on the footage shown, rather the repeated statements that this was the case.

Either way, it’s telling of the lengths these two companies are willing to go to to stay in the VR race. In fact it felt humorously mirrored in the announcements from the main HMD makers, with Valve giving every developer at the show a Vive Pre HMD and Oculus VR making note of a fresh deal to offer Oculus Rift pre-orderers four free months of Unity Pro. This industry is most certainly a community, and today’s keynote proved that above all else, but even now it isn’t above trying to get one up on the competition.

But we’ve also heard Palmer Luckey, Shuhei Yoshida and Chet Faliszek note time and again that competition is good for the VR industry, and that rule extends to its middleware. Epic Games and Unity Technologies are locked in a battle for the hearts and minds of VR developers right now, and that can only be a good thing for those looking to create content. 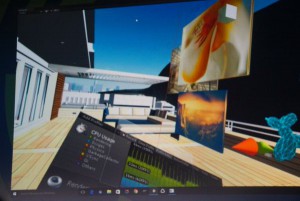 Both are striving to do all they can to get noticed in VR. Epic Games continues to impress with tech demos built on Unreal Engine 4, while Unity Technologies is already dominating the first major consumer HMD, Gear VR, with around 90% of content on the platform developed using its engine. At the end of the day, these two are now going to have to push themselves to prove that their take on the VR editor is the best. It’s a brand new battleground for both companies, and it’s incredibly exciting to think about what they could cook up to top the competition.

Competing middleware isn’t like a console war. There aren’t as many baseless accusations flung at either side; there’s a genuine desire to see them continue to advance and deliver more power and optimisations than previously seen. That desire now extends to VR development. These companies are, for the most part, driving the tools that developers are using the build the future, and they need to prove to you why you should choose their engine. Just how they do that will be one of VR’s most interesting stories in the years to come.

The post The Battle for the VR Engine Heats Up And It’s Devs That Stand to Win appeared first on VRFocus.