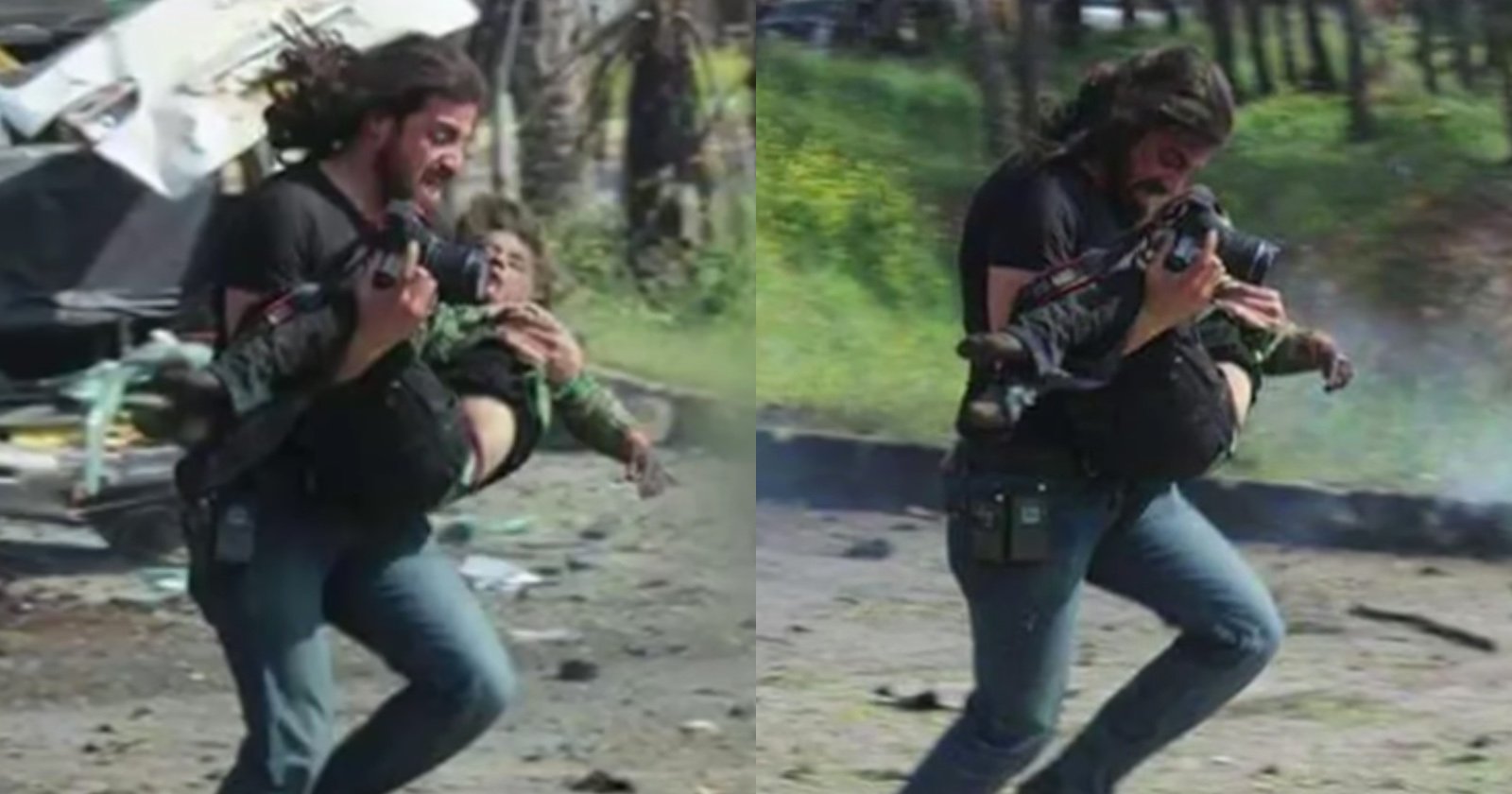 Syrian photographer and activist Abd Alkader Habak is being praised today, not for a photo he took, but for one he decided not to take. After being blown over by a massive explosion that took out a convoy of busses filled with evacuees, he stopped shooting and attempted to help the young victims instead.

Warning: This video below contains graphic and disturbing content, proceed with caution.

Habak told his story on CNN, describing the moment when he and his colleagues decided to put their cameras down. “The scene was horrible — especially seeing children wailing and dying in front of you,” he says. “So I decided along with my colleagues that we’d put our cameras aside and start rescuing injured people.”

He grabbed a young boy and started running towards safety, his camera still recording. As he ran towards an ambulance, he says the boy was still breathing, holding his hand, and looking at him.

The photographer says he’s not sure if the boy survived the blast—which CNN reports killed 126 people—but you can see him approach the ambulance and hand the young victim over to emergency personnel.

Later, another photographer captured Habak in tears, kneeling beside the body of another young victim, overcome by the “indescribable” scene he had just witnessed.