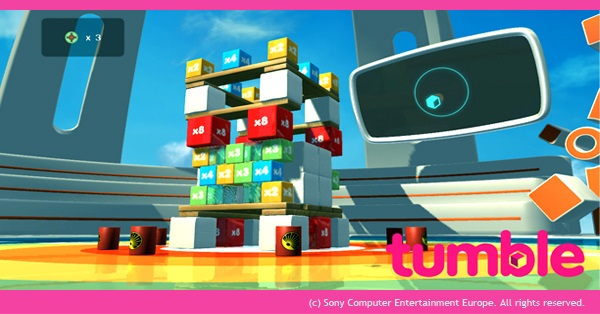 Its the second day of the Develop: Brighton conference and VRFocus has been there liveblogging some of the virtual reality (VR) sessions taking place. This morning Guildford, UK-based Supermassive Games’ Executive Producer Simon Harris held a talk on Building Great Games in VR – What We’ve Learnt Through Three Years of VR Development. During it Harris revealed that the studio is working on a new VR title that has yet to be announced.

While the executive producer didn’t divulge any further details on what the new videogame is about or what it’s called, it’s safe to assume that it’ll be for Sony Interactive Entertainment’s (SIE’s) PlayStation VR head-mounted display (HMD), but it could also be heading to other devices after mentioning it’s: ‘working across all headsets’.

The developers other two VR projects Until Dawn: Rush of Blood and Tumble VR are both for the PlayStation VR and the majority of the studios previous videogames have been for SIE’s consoles.

Harris also pointed to the importance the company was putting on VR as a whole by saying: “One half of the studio is working on immersive storytelling, one half is working on VR.”

Both Until Dawn: Rush of Blood and Tumble VR were confirmed last month as PlayStation VR launch titles, with the headset seeing a worldwide rollout on 13th October 2016.

Until Dawn: Rush of Blood is a horror shooter set on a rollercoaster ride where all manner of evil creatures and monsters jump out of the darkness to attack players. Supermassive Games set the on-rails experience on an automated ride as a way of reducing simulator sickness, something that can plague other first-person shooters.

Tumble VR on the other hand is a puzzle solver testing players mental agility by building towers, creating bridges, throwing mind melting puzzles at them, and blowing up enormous towers of blocks.

As VRFocus learns more about the next VR project being developed by Supermassive Games we’ll let you know.