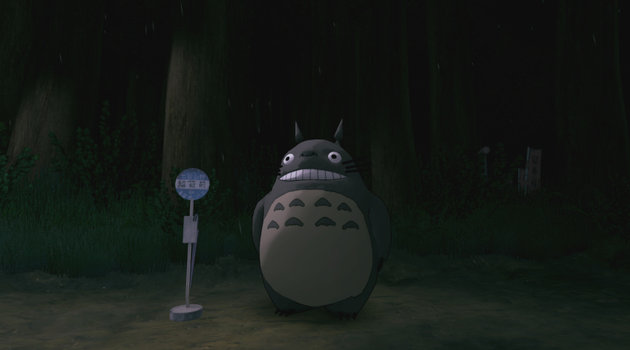 Previously Fire Panda created demo experiences of some of Studio Ghibli’s , a Japanese animation studio, most popular work such as Howl’s Moving Castle, a tale of the relationship between a magical wizard who shapeshifts and a young girl who tries to save him. It came about earlier this week that the studio wasn’t happy with these demos and asked Fire Panda to take down the virtual reality (VR) experiences it had made of Studio Ghibli’s works.

It was revealed on Twitter by Nick Pittom of Fire Panda that the Studio had asked him to take down the demos, saying: “Due to a request the Studio Ghibli demos I worked on are no longer available. I’m glad enjoyed them and thanks for the support!” The request wasn’t in bad blood however as Pittom confirmed in a series of replies to the tweet that it had been Studio Ghibli themselves, rather than Disney, and Pittom said that “It wasn’t a ‘ban’ – they politely reached out and requested I remove the demos as imagery and I complied”. Another title Red Panda created a demo of was My Neighbour Totoro, a story that concentrates on two sisters who come across a forest sprite. The page on Oculus Home for the demos have since been taken down.

As well as discussing this issue Pittom was also asked what projects he had been working on, as he has previously worked on the likes of Apollo 11, and with Psytec Games on Crystal Rift and Windlands. He replied to the tweet “RCSI Medical Training Sim on GearVR.”

With Studio Ghibli requesting the removal of Fire Panda’s demos could this be either a hint that the studio themselves is thinking about its own VR versions or demos of its own work, or maybe it was just as protection of its own creative and intellectual property?

For the latest developments in the world of VR check back with VRFocus.