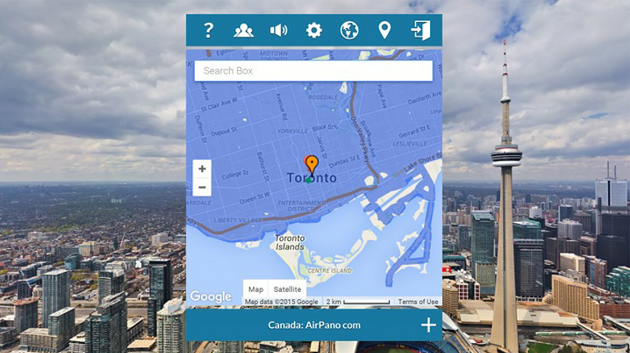 More content has landed on the laps of Gear VR owners this week, and there’s a lot of free software to enjoy. Cosmos Warfare from Artfire Games is free and in the concepts section is Sera: A Story from developer 521VR. Now YoutopiaVR has launched its app StreetView VR for free.

StreetView VR uses data from Google StreetView to give users a virtual reality (VR) tour of the world through the mobile head-mounted display (HMD). YoutopiaVR originally launched the app on the Oculus Rift headset, and now brings the software to its little brother. Even though the app uses Google data its not an official product from the company.

The Gear VR version includes speech recognition for searching, voice-chat enabled group exploration, Wikipedia integration and much more. No gamepad is required to use the app and most users should find the experience comfortable.

As new videogames, apps and more are released for the Gear VR, VRFocus will keep you updated.