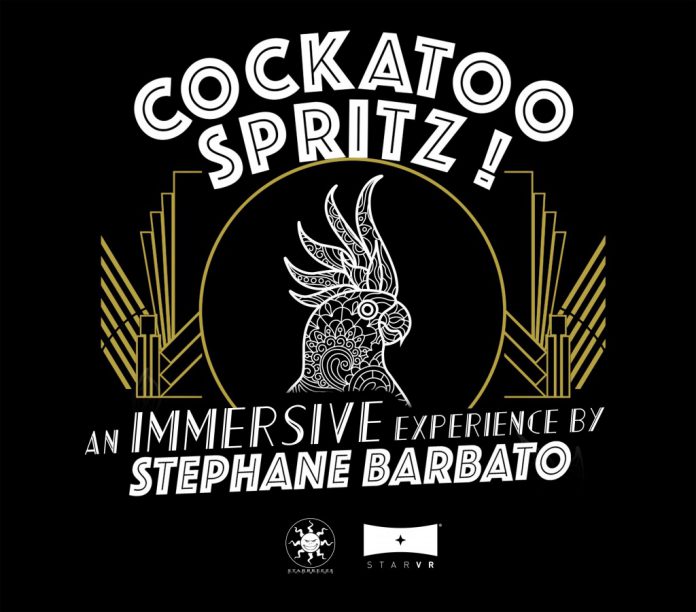 Starbreeze Studios has been heavily involved with virtual reality (VR) for sometime now, developing its own head-mounted display (HMD) StarVR and promoting Overkill’s The Walking Dead Experience at several shows. Today the developer has announced its first cinematic VR experience Cockatoo Spritz, which it’ll be premiering at Cannes, France this week.

The announcement reveals few details on Cockatoo Spritz, with Stephane Barbato the films director saying: “Cockatoo Spritz tells the story of the effervescence. ‘Spritz’ is the spirit of the show, the funny in the air, the sparkling in the eyes. Looks around you ‘Spritz’ is everywhere…”

Michael Hjorth, Starbreeze Chairman and Emmanuel Marquez, Starbreeze CTO co-executive produced the experience. Hjorth said in a statement: “We felt the need to creatively push the movie industry into the VR space to fully realize the potential in the new medium, and at the same time showcase the strength of StarVR’s 210 field of view. We early decided to shoot in France. There is an amazing strong technical and creative environment here, so it really made sense to base the production here. In discussions with Stephane Barbato, the director we decided to get inspiration from the early French pioneers, like the Lumiere brothers, and the movies of Lubistch and Billy Wilder.”

This Wednesday 11th May, Starbreeze will be screening Cockatoo Spritz at the Majestic Hotel in Cannes, alongside Overkill’s The Walking Dead VR-Experience. As further details surface on Starbreeze Studio’s new VR film, VRFocus will bring you the latest.