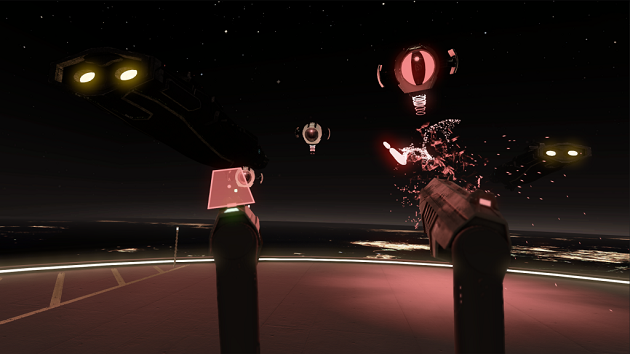 With the Steam VR Developer Showcase well under way in Seattle, Washington, the event has already revealed long line-up of third-party virtual reality (VR) titles for the HTC Vive head-mounted display (HMD). While most have been known about for a while others have been newly revealed. The latest announcement comes from I-Illusions a Belgium-based developer with the title Space Pirate Trainer.

Space Pirate Trainer is a VR shooting experience that looks to make full use of the HTC Vive’s room-scale tracking technology. Currently you must defend yourself from an endless wave of droids, with two pistols to duel wield or a shield and pistol at your disposal. You’ll need dodge incoming lasers whilst taking down the enemies to achieve a high score.

Other details for the videogame are currently sparse but as Valve confirmed earlier, all the demos on display at the event will see a release at some point this year. VRFocus will keep you updated on any further news regarding Space Pirate Trainer and the Steam VR Developer Showcase.