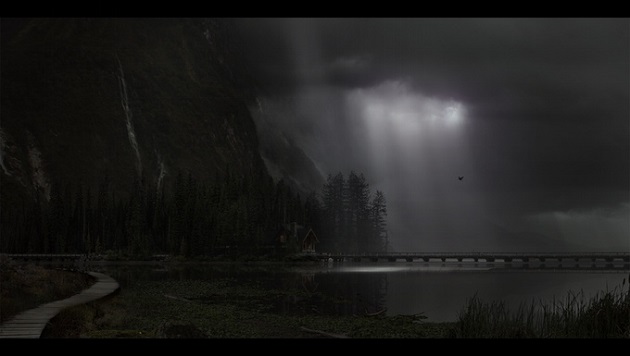 Over the last month there’s been a sorts of news coming from indie developer Lilith, on its virtual reality (VR) compatible, survival horror title, Allison Road. At the end of September the developer launched it’s Kickstarter campaign. Then last week announced that the campaign was cancelled, due to Team 17 now publishing the title. And now being teased by Sony Computer Entertainment’s (SCE’s) Shahid Kamal Ahmad, Director of Strategic Content, is the possibility Lilith maybe working on a PlayStation VR version.

Lilith has already confirmed that Allison Road would be supporting the PlayStation 4, but VR support has only been mentioned for the Oculus Rift head-mounted display (HMD).

Ahmad was asked on Twitter if he could give Lilith some PlayStation VR development kits, to which he responded: “What makes you think that hasn’t already happened?” So while it isn’t a direct confirmation, he hasn’t denied the possibility that the studio has received the kits.

It’s not too much of a stretch of the imagination to see Lilith developing a PlayStation VR version, as a PlayStation 4 title is in production alongside a VR iteration for the Oculus Rift. But there hasn’t been any further news or announcements from the developer since the cancelled Kickstarter campaign.

Allison Road is a first-person videogame set in the quiet suburbs of Manchester, UK. Players are cast as an unnamed protagonist that wakes up in a mysterious house with no memory. The character must endeavour find out more about themselves in an attempt to locate their family and face the dark entities roaming the house.

VRFocus will continue to report on the latest details regarding Allison Road as the developer announces them.