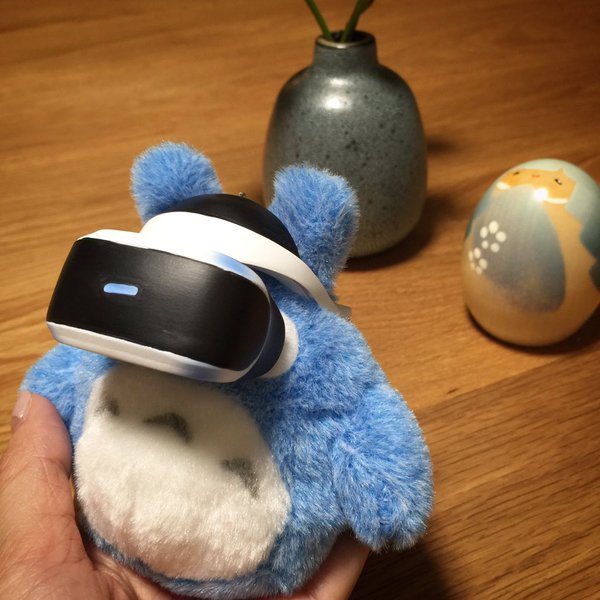 Next year will be a big one for Sony Computer Entertainment’s (SCE’s) PlayStation VR virtual reality (VR) head-mounted display (HMD), as the company will finally bring the anticipated device to market. 2015 hasn’t exactly been a slow year for the kit, either, with the reveal of the near-final version of the tech along with plenty of VR videogame announcements at events like E3 and, more recently, the PlayStation Experience. SCE is beginning to wind down on 2015 now, however, and it’s doing so by sending out tiny PlayStation VR units as gifts.

Several developers and SCE members have posted images of the miniaturised HMD, which can be seen below. Recipients include members of the team that are helping to bring PlayStation 2 titles to PlayStation 4 as well as Deus Ex: Mankind Divided developer Eidos Montreal and 100FT Robot Golf team No Goblin. SCE’s Carol Chung also posted an image of her mini HMD fitted to a tiny version of Totoro from Studio Ghibli’s My Neighbour Totoro. Of course, it’s possible to put an Oculus Rift on now and head into the world of the beloved anime classic in VR.

The real version of PlayStation VR is set to launch in the first half of 2016. SCE is yet to set a more specific date or the price for the kit, though it seems likely that it will arrive after the launch of its PC-based rivals in the Oculus Rift and HTC Vive in Q1 and April 2016 respectively. The device features a 1080p OLED screen with a 120hz refresh rate. This display can even be used to ‘reproject’ titles that are running at 60fps natively on-screen in 120fps in-HMD. Developers can also display their titles at 90fps.

For the latest updates on PlayStation VR and all other VR HMDs, stay tuned to VRFocus. 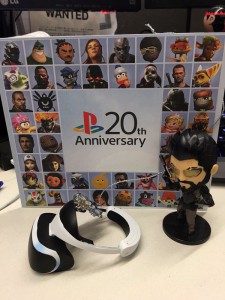 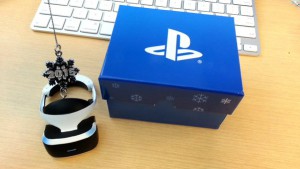 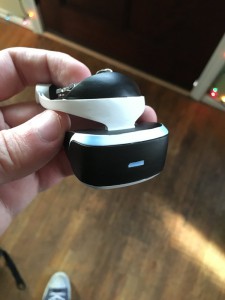