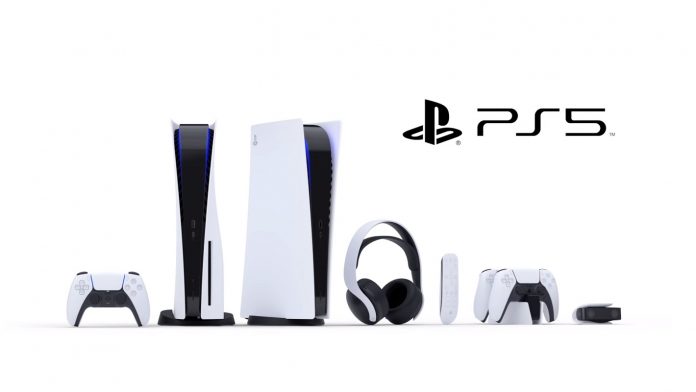 
Yesterday, Sony revealed the PS5 (not just one but two versions of them).  While Sony revealed accessories such as a headphone, a camera, and a remote control, there was no mention at all of PSVR 2.  Where is PSVR 2?  Was it canceled?

Last year, a developer stated to WIRED that the PS5 would be compatible with Playstation VR.   Since then, there had been many rumors about the PSVR 2 based on several patents that appeared to show VR headset with more advanced tracking than the current PSVR.  It seemed to make sense that Sony would continue with PSVR.  After all, it is one of the top-selling VR headsets in the market, with more users than Oculus Rift or HTC Vive.  With PS5’s incredible hardware, the VR community was salivating at the possibilities of a PSVR 2.

However, when Sony finally revealed the PS5 yesterday, there was no mention of PSVR or PSVR 2.  Not even the slightest hint.  Here’s the official hardware reveal:

There is some speculation that the HD Camera that Sony announced could be used for better outside-in tracking of the PSVR.  At the very least, it seems to be backwards-compatible with the current PSVR.

Another issue was the announcement of Astro’s Playroom.  Astro Bot Rescue Mission was one of the most popular games for PSVR and Sony certainly wanted to continue it.  But rather than a sequel for PSVR, they announced Astro’s Playroom for PS5, with no mention of VR support.

If PSVR 2 was coming anytime soon, one would think it would have been hinted at in Astro’s Playroom, of all games.  This seems to suggest that PSVR 2 is not going to be released in the near future.

In an interview with CNET last year, Sony’s Global Head of R&D for Playstation Dominic Mallinson stated that they did not want to announce the PSVR alongside the PS5: “There’s no reason for us to coincide it with a new console. From the point of view of the consumer, to be bombarded with many many things — oh, you have to buy this, you have to buy that — is a message that we don’t want to send. In some ways, it’s good to have a little breathing space between those things.”

At least one announced PS5 game seemed like it would be absolutely perfect for VR.  In Ghostwire, the user battles ghosts using spells and gestures.  The game is played from a first person perspective.   Here’s the trailer (gameplay begins at 0:44):

If there is a PSVR 2, this would be an amazing game to showcase it, maybe even become a killer app for it.  VR is the ideal medium for horror games and can create an intense, immersive atmosphere that would not be possible on conventional games.  Moreover, the gestures would be perfect for PSVR’s dual motion controllers.  Ghostwire is scheduled for release in 2021, and it’s possible that it may end up having PSVR 2 support, although based on Mallinson’s statements, it would seem too early to be a game for PSVR 2.

The post Sony PS5 reveal: where is PSVR 2? appeared first on 360 Rumors.