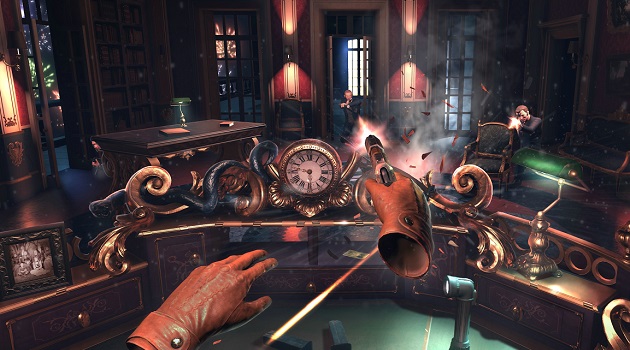 There are few studios better acquainted with the PlayStation VR virtual reality (VR) head-mounted display (HMD) than Sony Computer Entertainment’s (SCE’s) London Studio right now. The team is also known for its work on plenty of other series that either use peripherals like Singstar or augmented reality (AR) like Eyepet, but has been working on the upcoming HMD for the past few years, producing demos such as The Deep and the more recent The London Heist. The team knows what it’s talking about when it comes to VR, then, which makes it noteworthy when one of its members labels 2016 ‘the year of VR’.

Brynley Gibson, Executive Producer at the studio, said as much in a recent post on the PlayStation Blog that quizzed developers on their most anticipated releases of the new year. “What I’m looking forward to most in 2016 has got to be the release of PlayStation VR!” Gibson explained. “I may be developing for it but I want one at home. 2016 is the year of VR. It’s the start of a journey that is going to change the landscape of gaming forever. There are already a great selection of titles announced and I can’t wait to play all these new experiences.”

PlayStation VR itself is set to launch in the first half of this year, while its rivals in the PC-based Oculus Rift and HTC Vive should be out in Q1 and April respectively. While the PlayStation 4 might not measure up to the top of the range PCs that these kits will support, SCE is making up for that with a 1080p OLED display that supports ‘reprojection’ of titles running natively at 60fps over to 120fps in-HMD. SCE London is far from the only studio working on PlayStation VR, with a new developer named North West Studio recently set up to focus exclusively on VR development.

For the latest on PlayStation VR and all other VR HMDs, keep reading VRFocus.

The post Sony London: 2016 is ‘the year of VR’ appeared first on VRFocus.