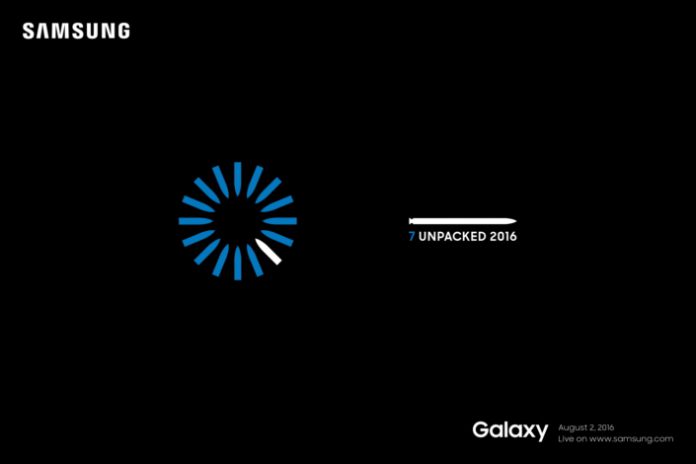 VRFocus reported earlier this week that the Samsung Galaxy Note 7 will be unveiled next month, and Samsung had even revealed a few of its features and accessories, and its virtual reality (VR) compatibility is yet to be announced but is anticipated as it would follow the trend of the Note series. Now it has come to light that there will be six variants of the smartphone, as revealed by the US Federal Communications Commission (US FCC).

During the event in New York on the 2nd August, which will be livestreamed on samsung.com at 11am EDT, the Note 7 will be revealed, but there will be six different models available. According to GalaxyClub, a Dutch website dedicated to the Samsung Galaxy range, the six different models will be: SM-N930V headed for Verizon, SM-N930T for T-Mobile, SM-N930A for AT&T, SM-N930P for Sprint’s networks, SM-N930R4 for U.S. Cellular, and SM-N930W8 isn’t assigned to a particular company just yet, but it is said to be heading for Canada.

The Samsung Galaxy Note 7 is said to have the added functionality of an included S-pen to use with the larger screen, but no other information has been teased. Samsung also shared the idea behind calling the smartphone 7 and not 6:  “There are a couple reasons why. First, the Galaxy Note7 will  complement our Galaxy S7 and S7 edge, and unify our product portfolio. Second, the Galaxy Note7 will minimize confusion about the latest mobile technology from Samsung, and provide full alignment with Galaxy S smartphone.”

The event that the smartphone will be officially announced during will be the Samsung Galaxy Unpacked 2016 event, and VRFocus will make sure to keep you updated on all the latest news to come from it. Until then, make sure to check back for all the news and updates in the world of VR.