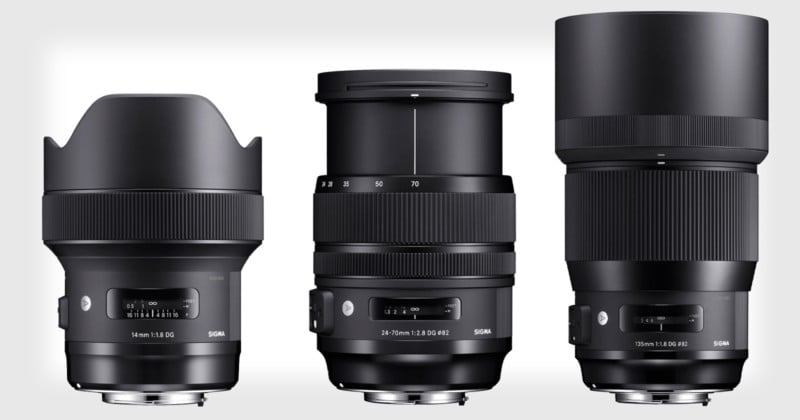 They’re official! Arriving right on time, given this weekend’s massive photo leak, Sigma has revealed their newest trio of full-frame Art lenses for Canon, Nikon, and Sigma bodies: the long-awaited 24-70mm f/2.8, the 14mm f/1.8, and the 135mm f/1.8. The most anticipated of the three lenses is actually not one of the primes, but Sigma’s long-rumored high-end 24-70mm f/2.8 competitor. If they’re not already, Canon and Nikon ought to be shaking in their boots about this one.

The new SIGMA 24-70mm F2.8 DG OS HSM | Art accomplishes a challenging feat in optical design: incorporating optical stabilizer functionality in a large-diameter standard zoom. By leveraging all of its design and manufacturing expertise, SIGMA has ensured that this new lens fulfills the uncompromising requirements of the Art line for image and build quality.

No word yet on when this lens will be available, or how much it will cost when it does. But we’re all waiting with bated breath to see if (or, more likely, by how much) Sigma managed to undercut Canon and Nikon. 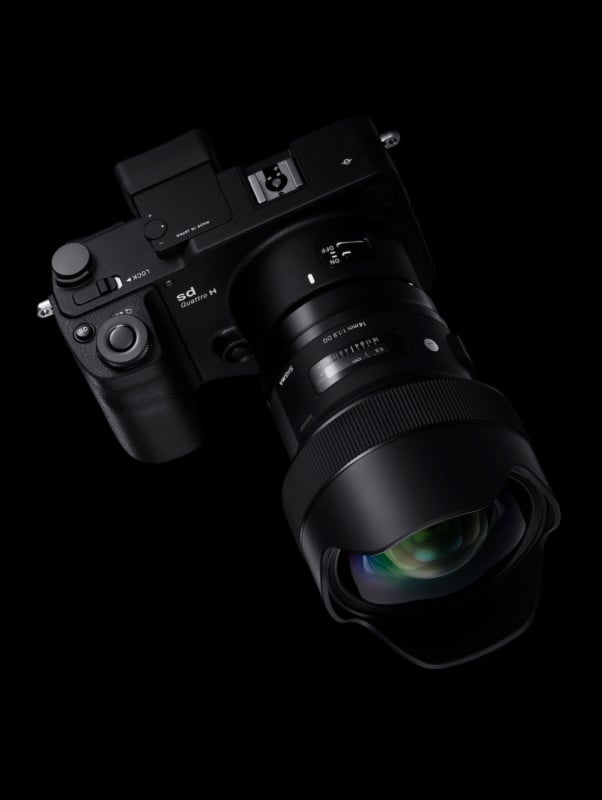 Meet the world’s first and only f/1.8 ultra-wide angle lens: Sigma’s new 14mm f/1.8 DG HSM Art. If you count the 135mm below, this becomes the seventh full-frame prime lens in Sigma’s Art arsenal, and probably one of the most popular new Sigma lenses for astrophotographers.

Again, Sigma’s not shying away from the boastful language here:

The SIGMA 14mm F1.8 DG HSM | Art is the true high-speed ultra-wide-angle lens for which so many photographers have been waiting. Although some zoom lenses are available that can cover 14mm, the large diameter delivering F1.8 brightness is a singular advantage. Going beyond fast shutter speed, this lens can capture a swarm of fireflies with crystal clarity, a beautiful bokeh effect, and outstanding control of light streaking.

As with the 24-70mm, no word yet on when this lens will come to market or how much it will cost when it does. But we’ll update you as soon as we know. 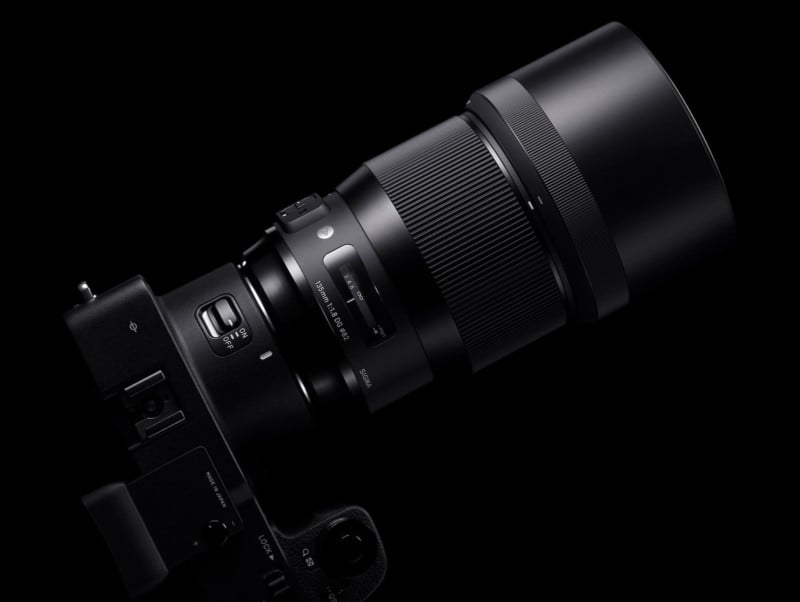 Last, but certainly not least, is the 135mm f/1.8—another lens we’ve been expecting since… oh… early 2015. As with all Sigma’s Art primes, this one is being labeled “the ultimate 135mm” lens, claiming to offer “beautiful” bokeh, “superb” contrast, and “crystal clear” resolution in each shot.

Inside you’ll find 13 lens elements in 10 groups, although there’s no mention of special elements to control aberration or distortion (they’re not as necessary at this focal length). What Sigma does mention is the floating focusing system that they say ensures “top performance from the center to the edges of the image.”

The language in this press release isn’t quite as lofty, but it’s still worth quoting:

With resolution so crystal-clear that individual hairs can be discerned in a portrait, this large-diameter lens also delivers a beautiful bokeh effect, giving photographers everything they need. It is ideal for close-ups and full-body shots, with subjects standing out against a pleasantly blurred background.

As you’ve probably guessed by now, the 135mm, like the 14mm and the 24-70mm, is not being announced with price and availability. We’ll just have to wait to find out when these three exciting new Sigma lenses will make their way onto store shelves, and how much they cost when they do.