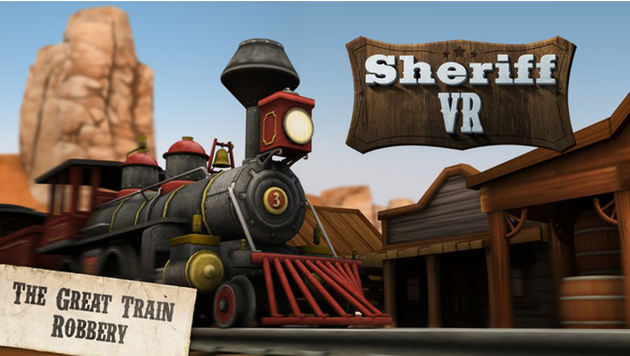 If there’s one genre virtual reality (VR) hasn’t seen much of yet it’s the Western. Once a beloved staple of the film industry, it’s hard to deny how much fun it would be to walk into a saloon in cowboy boots and face off in shootouts. Indie studio ARLOOPA inc. is aiming to capture some of that magic with its new Gear VR release, Sheriff VR, which has launched today on the mobile-based head-mounted display (HMD) from Samsung and Oculus VR.

As the name suggests, Sheriff VR casts players as a Sheriff that’s tasks with stopping a gang of armed robbers that have plans to attack a train and steal its loot. The gang has four bosses that players will need to face off with in order to save the day. The title utilises a new control scheme in which players simply look down to walk forward, somewhat replicating the posture that a movie hero might make in this genre. Support for a gamepad isn’t yet included.